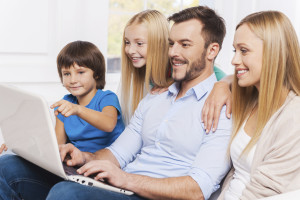 Innocent or not, it is standard legal advice not to talk to the police if you are the subject of an investigation.

It doesn’t matter how much you profess your innocence.  An investigator will ignore your impassioned pleas.  All ears will be tuning into that one word, or sequence of words, that might possibly be construed as implicating you in the crime.  It’s one factor in how so many human beings have been wrongfully convicted.

If you’re innocent, shouldn’t you feel free to talk freely?

It should be that simple, but it’s not.

The rules of evidence allow the insurance company to show the jury anything you have said that could possibly be twisted to find a meaning that could work against you.

You are not on an equal playing field.

The rules of evidence do not allow you to show all the other things you have said that cannot be twisted against you.  Your husband or wife, friends or neighbours, are not permitted to testify about what you have told them about your injuries or how they have affected you.

Until recently, this uneven playing field could not be capitalized on by the insurance companies.

A lawyer isolated you from dealing directly with the insurer, so you could not be recorded in conversations with the adjuster.  Without the ability to tap your phone or plant recording devices, there were little other opportunities for the insurance company to get a recording of what you might have had to say about your injuries.

People are spilling their guts on the internet.

Some of those people have suffered injuries in car crashes.

Some of those people are being taken advantage of by an insurance company.

There are various internet web sites where people share personal information about themselves, often in the form of a diary.  Why do they do that?  I don’t know the psychology of it, but perhaps it has a bit of a cathartic effect.  You see it all the time on Facebook, and in blogs.

The injured victim is not permitted to show the jury the blog or Facebook entries that talk about how much pain he or she is in and how that pain impacts on his or her life.  The insurance company representing the negligent driver, however, is able to show the entries talking about the good days when things are not so bad.

The jury only gets to see the rare good days, when the headache has eased because the claimant has sat on the couch all day instead of doing the vacuuming and laundry.

How does the insurance company find out about these Facebook and blog entries? How do you think? They specifically look for them. They have staff whose job it is to search the internet to find such entries made by car crash victims.

In a previous posting, I specifically advised my readers to keep a diary, so as to preserve the evidence of how the injuries have impacted on their lives.  A diary kept for the purpose of prosecuting a personal injury claim can be kept private from the insurance company.  That diary can be used to refresh the injured victim’s memory of how things have been, without the risk of the insurance company picking out portions that can be twisted and turned for their purposes.

A blog or Facebook entry, shared with the world, cannot be protected. Don’t do it. Protect yourself from giving the insurance company an unfair advantage.