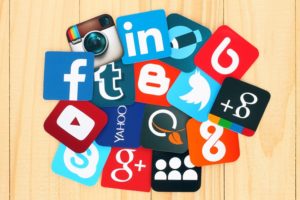 In the old days it was the family photo album. And if ICBC wanted video footage they had to send a creepy “investigator” with a video camera.

Now there are smart phones, Facebook, Instagram and whatever else that captures and shares photographs and videos.

And all sorts of ways to post comments and exchange written comments.

Privacy settings can prevent snoopers from accessing that material. But our civil justice system is built on a principle of full disclosure enabling ICBC to ask the court to force access.

Is that such a bad thing? Why should you care if you’ve got nothing to hide?

You might have nothing to hide as you go through a security checkpoint, but would it not still feel invasive as all heck to be strip and cavity searched?!

Imagine handing over the passwords to your computer, smart phone and social media accounts!

Fortunately, our civil justice system has checks and balances. The push by insurance companies like ICBC for greater and greater invasions of privacy is pushed back by lawyers representing injured victims.

In one medical malpractice case (Dosanjh v. Leblanc and St. Paul’s Hospital, 2011 BCSC 1660), the defence sought disclosure of the injured victim’s complete Facebook and Twitter accounts, as well as the hard drives of her personal computer and iPhone.

The claim related to a stroke during surgery. While the injured victim had been able to return to school and maintain employment, it was with some difficulty because of some level of cognitive impairment.

In paragraph 23, the judge referred to legal pronouncements of our highest court, the Supreme Court of Canada, pertaining to our right to privacy and the balance that must be struck:

“…the common law must develop in a way that reflects emerging Charter values…one such value is the interest affirmed by s. 8 of the Charter of each person in privacy…”; and

“…I accept that a litigant must accept such intrusions upon her privacy as are necessary to enable the judge or jury to get to the truth and render a just verdict. But I do not accept that by claiming such damages as the law allows, a litigant grants her opponent a licence to delve into private aspects of her life which need not be probed for the proper disposition of the litigation.”

The judge concluded that what the defence was seeking was “entirely too broad”, noting: “In fact, I am more inclined to call this application a classic fishing expedition, but without the appropriate bait.”

The only way to guarantee a protection of privacy when it comes to photographs, videos and communications is to eliminate the generation and circulation of that material. But social media has become such a prevalent part of our lives that doing so would be a significant further victimization.

I have some suggestions for injured victims for whom social media interactions are important but who want to protect their privacy:

Next week, I will write about what happens when ICBC gets their hands on happy, smiling pictures, holiday pictures and videos of activities and try to use them against injured victims in a trial.