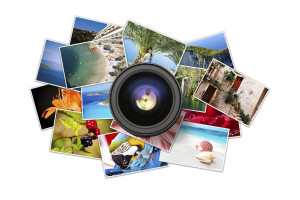 Did you catch the news last week about the New Democratic Party candidate who threw in the towel because of racy photographs that surfaced on Facebook?

According to a news report, one photo showed him grabbing a woman’s breast, and another showed two people clutching at his underwear. According to the candidate, the photos were on his “private” Facebook page.

For those of you not familiar, Facebook is a social networking system on the internet. Anyone with Internet access can set up their own page, which is like an electronic scrapbook. You then choose who can access that page by choosing who your contacts will be. In Facebook lingo, those contacts are called your “friends”.

You can choose to share as much or as little of your life as you like with your contacts. Many people, including me, post photos. If I am out for a walk with my family and take a few photos, I’ll post them to my Facebook page. My contacts will be immediately notified and, if they are interested, they can check them out.

My contacts include my parents, for example, who are always interested in whatever photos I might post. I have also posted photos taken in less innocent circumstances than going for a walk with my family.

For example, there is a photo of me wearing a priest costume swigging from a brown paper bag wrapped bottle. That photo was taken during a murder mystery party.

My friends who were at that party would have been interested in seeing the photo, as well as others that were taken that evening. Until Facebook was upgraded recently, there was no way to specify which contacts had access to which photos.

With the upgrade, I can now specify only those people who were present for an event when photographs are taken, along with my family who are generally interested in my goings-on get to see them

The priest photograph was posted before the upgrade. More than180 people could find that photograph if they browsed through my Facebook page. Any one of them could download and forward the photo to the press.

Absent of the context of a murder mystery party, where I’m playing the role of a fictional alcoholic priest, the photo could reflect negatively on my character. That’s a serious problem with photographs. They record, without any context, a split second in time.

The image of a man grabbing a woman’s breast, or of others clutching at his underwear, without context, can do nasty things to a politician’s reputation.

Providing the context after the fact, after the images have done their damage, doesn’t eliminate the damage that was already caused. Perhaps the woman was the man’s girlfriend. Perhaps those clutching at his underwear were doing so as a joke, for the specific purpose of posing for a racy photograph.

I chose the story of this unfortunate, budding politician because his situation illustrates what is happening more and more to car crash victims. Insurance companies are searching people’s private Facebook pages. They are looking for photos that will help them attack those people’s claims.

When you look through a family photo album, do you often see photographs of angry, hurt, exhausted, or sad people? When your spouse or child is cranky or upset, do you run to get the camera so that you will capture that image? Of course not.

People almost always have smiles on their faces in photographs, whether or not that accurately represents how they are feeling. I took a photograph at the birth of my stillborn son years ago. I insisted, for whatever reason, that the doctor pose with my baby with a smile on his face.

Doing everything he could to make the event easier on us, he pasted on the photographic smile that he’d rehearsed his entire life. The smile is in such stark contrast to the reality of the situation. People who have chronic pain paste on that same smile.

The insurance company comes up with hundreds of photographs showing a crash victim smiling, hoping that the photographs will have an impact on a jury. Yes, it’s unfair. How do you guard against that? For one, don’t ever judge someone based on a snap-shot and to keep your photographs really private, use an album not Facebook.