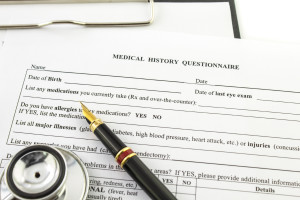 I learned recently that our faces make the same kind of expression when we are disgusted by unfairness, as when we taste or smell something disgusting. Fairness is important to us, or at least most of us. It upsets us to see a big kid steal a little kid’s lunch.

I’m in the fairness business. The little kid can come to me and I can bring the wrath of the court system, the ultimate earthly fairness system, against the big kid. In my legal practice, the big kid is the insurance company representing a driver who caused injury to my client.

My client has been left with a permanent injury and fairness requires that his or her losses arising from that injury be fairly compensated. I get that contorted expression on my face when I see some of the things an insurance company does to try to avoid paying fair compensation.

I also get that contorted expression on my face when I hear about people who make fraudulent claims. There is a protection in our legal system that protects against fraudsters. An insurance company can require you to be examined by a doctor of their choosing. I call that a defence medical exam (DME).

Not only does it have the effect of protecting against fraudsters, it also gives the insurance company a medical opinion about your injuries that is independent from the medical opinions of your treating doctors. It is intended to “balance” the playing field. On the face of it, it seems like a very fair process. Unfortunately, it often causes my face to make those disgusted contortions.

An article in the April 1, 2009, edition of The New York Times tells the story of “independent” medical examinations conducted through the New York State worker’s compensation system.

The shocking opener of that article tells of a worker who secretly videotaped such an examination. During the examination, the doctor made comments of finding muscle spasms and tenderness. The report he prepared, though, denied that there was any indication of injury.

That illustrates a doctor lying in the report about the examination itself. What about such “independent” doctors being similarly dishonest when they come up with their medical opinions, even if they accurately report on the physical examination? It’s hard to prove a doctor is being dishonest or biased for expressing a medical opinion.

The medical opinions of DME doctors can have a huge impact on an injured victim’s compensation.

How is the jury to decide whether this particular DME doctor is being fair and unbiased? Why would a doctor be biased and dishonest when doing a DME?

The doctor in the Times article was quoted as saying “If you did a truly pure report, you’d be out on your ears and the insurers wouldn’t pay for it. You have to give them what they want…”.

Now for the punch lines. One, insurance companies oppose requests by injured victims to make any audio or video recording of the “independent” examinations. So far, the law has supported them.

That has to change.

Two, some doctors make a ridiculous amount of money doing DME work for insurance companies. One orthopaedic surgeon practicing in the Lower Mainland was paid $924,253 during one year doing DME’s for ICBC.

Compare that with his earnings of $89,503.00 through the medical services plan. These numbers are for 2007 because 2008 data has not been released yet. Call me if you would like to know the stats for any doctor you might be sent to. They’re all online.

Published May 3, 2009 in Kelowna Capital News