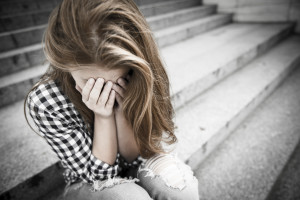 Tragedy has hit our community twice in less than a week. On June 2, a Grade 11 Westside girl was killed by a Grade 10 Westside girl at a house party in Peachland. Less than a week later, on June 8, a Westside intersection saw the death of a motorist by a way-ward transport truck.

Both incidents are heart-breaking. Two beautiful human beings, both of whom were loved dearly, were lost. Both incidents were absolutely senseless. But that’s where the similarities end. The death of the teen has sparked outrage by some against the girl who is accused in the case and towards the criminal justice system that granted her bail. And it has sent shock waves through our community.

The car crash, while burned into the hearts and minds of those who suffered the loss, has already been forgotten by many. That discrepancy is outrageous to me. Is it because one was a road accident? I detest the word “accident” when used in the context of a car crash. The word suggests an unlucky set of circumstances—the realization of an acceptable risk that we take every day when we get into our vehicles.

The transport truck became wayward after a left-turning vehicle tried to turn in its path. Perhaps the truck failed to stop for a yellow or red light. Perhaps the fault lies with the left turning vehicle. Perhaps it is a combination of the two. Whatever the case, an innocent motorist, in a vehicle waiting to merge onto the highway, was killed.

Possibly, that death could have been easily avoided had the other motorists involved taken their driving responsibilities seriously. I suggest that it is a choice we take when we get behind the wheel, and every time we approach an intersection. Are we going to drive aggressively or defensively? Are we going to pay close attention to what’s going on or are we going to drive in auto-pilot?

The thing is, it’s a choice that so few of us take seriously. We have become desensitized to car crashes and their aftermaths.

Car crashes, referred to and thought of as “accidents,” are acceptable in our world. I ask for the forgiveness of the motorists who caused this death. They don’t need to feel worse than they already do, and any comparison between that crash and the teen’s death in Peachland has got to be very, very hurtful.

My purpose, by comparing and contrasting those two events is to scrape through the deep crust of desensitization. I want this motorist’s death to hurt all of us, not just those loved ones left behind, and not just those whose actions may have led to the death.

I want a festering, raw, wound that never heals. I want that wound to remind us, every second of the time that we are behind the wheel, that we are making choices and we can make a difference with those choices. Those motorists are the norm, not the exception. In this community, where we have chosen to live and work and raise our families, I challenge us all to make negligent driving the exception.