Yes, you have the right to resist an unlawful arrest. But doing so is not an advisable way to enforce your rights! 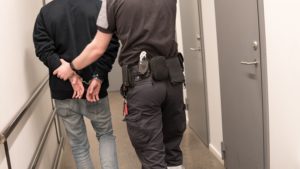 One problem is that you have no way of knowing, at the time of an arrest, whether or not it is lawful.

A police officer might have reasonable grounds to make an arrest even if you’re “squeaky clean” innocent of any wrongdoing.

The officer in the case I wrote about last week (Joseph v. Meier, 2020 BCSC 778) was investigating Ms. Joseph for shoplifting. Had a store employee told the officer they witnessed Ms. Joseph slipping an item in her bag, the officer would have had reasonable grounds to make the arrest even if the store employee had been mistaken.

Resisting a lawful arrest is a criminal offence, even if you’re innocent.

A more significant problem is the practical matter that “resistance is futile” when it comes to the police. There is no “rights angel” that will step in and stop the police from acting unlawfully. If they are intent on arresting you, they will. It doesn’t matter how big, well trained in fighting or armed you are. The more you resist, the more likely you will be hurt or even killed.

If it turns out later that the arrest was unlawful, as it did for Ms. Joseph, you can pursue compensation for your injuries and losses. But compensation under our law just balances out your losses. There’s no bonus. And just like Ms. Joseph, you’re likely to need a lawyer to get that compensation. The significant fees you pay to your lawyer will leave you undercompensated.

And “I’m glad I was hurt so that I could get compensation” was said by no client of mine, ever.

So are your rights meaningless?  How else do you enforce your right not to be unlawfully arrested, besides resisting that arrest?  If you submit to the arrest and the police search your bag, haven’t your rights already fluttered away?

Your rights are not meaningless.

The Charter of Rights and Freedoms includes an enforcement mechanism. Section 24(1) states:  “Anyone whose rights or freedoms, as guaranteed by this Charter, have been infringed or denied may apply to a court of competent jurisdiction to obtain such remedy as the court considers appropriate and just in the circumstances.”

An unlawful arrest is a breach of your right under section 9 of the Charter “not to be arbitrarily detained or imprisoned”.

And if your bag is searched as part of an unlawful arrest, as was the case with Ms. Joseph, that’s a breach of your right under section 8 “to be secure against unreasonable search or seizure”.

The police officer’s lawyer minimized the Charter breaches. They argued that the search of her purse and phone was brief and the items were returned to her within minutes. They noted that she was detained only a brief period of time and released at the scene.

The court quoted from an authority from the Supreme Court of Canada that an award of damages (money) for a Charter breach might be appropriate to fulfil one or more of three functions, i.e. “compensation, vindication of the right, and/or deterrence of future breaches”.

Compensation for loss arising from those breaches was not appropriate because Ms. Joseph had already been awarded compensation for her injuries and losses. For the important functions of vindication of the right and deterrence of future breaches, Ms. Joseph was awarded $5,000.00.

A deterrent is important. Next week I will discuss why, and whether or not the amounts being awarded for Charter breaches are meaningful deterrents.