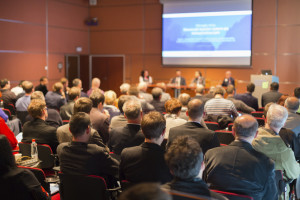 I don’t advertise my occupation when I’m out and about, unless I’m at a Chamber of Commerce function where circulating business cards is the expected activity.

With much of the population believing that car crash lawyers are shady characters who make bags of money helping undeserving whiners screw the insurance company, I’d rather avoid the issue.

It also avoids dealing with those folks who see the opportunity to get a little free legal advice. I don’t mind helping out, but giving legal advice is what I go to the office all day to get paid for doing.

The topic is hard to avoid, though. When meeting new people, exchanging occupation details is about as commonplace as exchanging names and sharing how many kids you have.

And as much as I try to avoid the topic coming up, I am occasionally very happy that it does. From time to time, the person I am talking to has either been injured in a crash or is close to someone else who has suffered a similar fate. Those people don’t have so much of a bias against car crash lawyers because they know that crash injuries are real and that injured victims need all the help they can get when going against the insurance company.

I am often the first car crash lawyer he or she has talked to. I get a kick out of giving the “straight goods” that he or she is not getting from the insurance adjuster.

I had my best encounter of this kind during this past Christmas season. A lady I was chatting with mentioned a crash she had been in. She wasn’t digging for free legal advice, just bringing up something that we would have remotely in common.

In the course of our discussion, she told me in a “matter of fact” way that she didn’t have a claim because she didn’t have the license plate number of the vehicle that had caused the crash. She had been given that “information” from the insurance adjuster she had consulted when she had gone to make a claim for compensation for the losses she had suffered arising from the crash.

She didn’t have a license plate number because the offending driver had taken off instead of pulling over to exchange information as had been agreed.

Perhaps I shouldn’t still get so livid when I hear about insurance adjusters giving false or misleading information to crash victims. Unfairness just gets under my skin. A huge insurance company taking advantage of the position of authority that the general public perceives it to have is at the far end of offensive to me.

It’s simply dead wrong that you need to have a license plate number in order to make a claim. You need to take reasonable steps to determine the identity of the offending driver, and having the license plate number is helpful to make that determination, but if reasonable steps are taken and no information can be determined, that is no bar to a claim.

I discussed the rules related to this kind of claim in some detail in my previous posting http://paulhergott.com/onus-is-on-the-victim-to-prove-a-hit-and-run-crime-actually-occurred/. I took such intense pleasure filling the lady in on the correct information. Fortunately, our chance meeting occurred before the expiration of some critical deadlines—deadlines which, if missed, could truly eliminate her claim.

Along with the pleasure, though, came a deep frustration. Why did it take a chance meeting at a friend’s Christmas season open house for this lady to get the most basic of accurate information about her legal rights arising from a crash?

How many others are in her position of having received misinformation from the insurance company?

That’s the main reason why I take the time to write a posting. It is to replace misinformation with accurate information. It is to combat unfairness arising from a misplaced trust in the insurance company. It is to reach out to people like this lady to assist in achieving the very basic objective of justice.