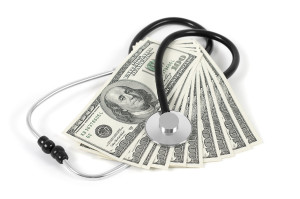 It is a concern about how to afford the ongoing expense of medical care that brings most injured victims to me.  They are continuing to fork out several hundred dollars per month for therapies and there is no end in sight.

The insurance company often funds some, but not all therapy early on after a crash.  They will regularly refuse to consider a settlement that  includes funding for therapy indefinitely into the future.

The standard low-ball offer of $6,500.00 compensation for “pain and suffering” for soft tissue injuries, which is often 10 cents on the dollar when compared to “fair”, is supposed to compensate for a reduced quality of life, not to go to paying for medical treatment.  Even if that money is used to pay for ongoing care, it will run out in less than a year.

I am consulted out of financial desperation.  These people regularly tell me that they would have accepted the low-ball pain and suffering offers if only the insurance company had been fair about covering their medical care needs.

A big part of my job is gathering evidence to support an award or settlement of my client’s future care needs, referred to as a “cost of future care award”.  Getting reimbursement for past care is easy.  The insurance company rarely bats and eye about reimbursing any and all medical care an injured victim has already paid for.

The law says that the goal of a cost of future care award is to put the injured victim in the position he or she would have been in had the injury not been sustained.

In theory, therefore, a claim for the cost of future care is a claim for the dollars an injured victim may reasonably be expected to spend getting to the position he or she would have been in had the injury not been sustained, the “original position”.

Obviously, though, a victim of soft tissue injuries who will never fully recover can never be put back in that original position.  In those circumstances, the law says that “Money is a barren substitute for health and personal happiness, but to the extent within reason that money can be used to sustain or improve the mental or physical health of the injured person it may properly form part of a claim”.

Quoting from a very recent decision of our court, the award is “based on what is reasonably necessary on the medical evidence to promote the mental and physical health of the plaintiff”.

These legal principles are very different from the criteria the insurance company likes to use when “playing doctor” and deciding what treatment they will provide funding for.  To the insurance company, if a therapy is being used “only” to manage pain and is no longer bringing about overall healing because of a plateau in recovery, it is not worthy of being funded.

Even if it is no longer bringing about healing, the court will force the insurance company to pay for that ongoing care if the medical opinions are that a therapy will alleviate pain, allowing the injured victim to function at the highest capacity possible.  A recent example of that is Jorgensen v. Coonce, a February 1, 2013, decision of our Supreme Court where weekly massage therapy at $90.00 per visit was funded for an approximately 6 ½ year future term.

By the way, you can find the Jorgensen decision and others on the British Columbia Supreme Court website: http://www.courts.gov.bc.ca/.

What does it take to help the medical team, and the court, understand that ongoing therapies are actually necessary to alleviate your pain and help with your functioning?  I recommend experimenting with the frequency of care.

After you have reached a plateau in your recovery, try weaning yourself off the ongoing weekly or bi-weekly care program.  Give it a really good try, recording in your journal how the reduction of care impacts your symptom level, your ability to function at work and the quality of your life outside of work.

It is only by experimenting with a reduction and removal of the care that you can prove how necessary that ongoing care might be.  Alternatively, you will achieve the very best result of discovering that your body can adjust to a removal of that expensive, ongoing care.