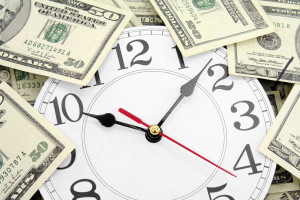 I had a morning coffee this week with a fellow who shared a beef he had with a lawyer’s bill. I’ll call him Mr. Client and the lawyer, Mr. Lawyer. It wasn’t a big bill—something under $200.

It wasn’t a big amount of work, either—something under 10 minutes. Aside from what seems to be an insane hourly rate, Mr. Client wasn’t expecting a bill in the first place.

Mr. Client needed some legal advice. He contacted Mr. Lawyer by telephone. He spent less than 10 minutes on the phone with him. Following the consultation, Mr. Lawyer must have looked up Mr. Client’s address, because Mr.Client hadn’t been asked for an address, and sent him a bill. Mr. Lawyer didn’t say he was going to charge for his time. Does that seem sort of bad?

As with most things, there are two sides to this story.

Don’t you all know that? Do you expect to walk into a hair salon, get your hair cut, enjoy a nice scalp massage, and then walk out without paying? No. Everyone knows that hair stylists charge for their services. The stylist doesn’t have to say: “Look, before I get started, please be clear that I’ll be charging you $35.”

Some lawyers will provide a free initial consultation, particularly for personal injury or other contingency fee cases. The free initial consultation gives the lawyer a chance to assess whether or not she is interested in taking the case. It also gives her an opportunity to sell herself to the prospective client, in the hopes that the client will sign a contingency fee agreement.

My suggestion to Mr. Client as we chatted over coffee? I told him not to pay the bill. The way he told me the story, I felt like Mr. Client had been taken advantage of.

When I really thought about it though, I realized that my feelings probably reflect the fact that

I do mostly contingency fee work and give free initial consultations all the time. After reflecting on it, I think both of them were at fault in the situation.

Each of them should have clarified up front what their expectations were. Mr. Client should have told Mr. Lawyer up front that he was interviewing the lawyer to see whether there was a case worth pursuing and, if so, to decide whether he would choose to hire that lawyer.

Mr. Lawyer should have clarified up front that he would be charging for his time, and told Mr. Client what his hourly rate or minimum consultation fee was. Had either of them done that, there would have been no issue. How’s that for a lesson that applies absolutely everywhere in our personal and business lives?

I expect that most lawsuits and most relationship demises, business and personal, would be avoided if we were all careful to simply clarify our expectations at the outset.