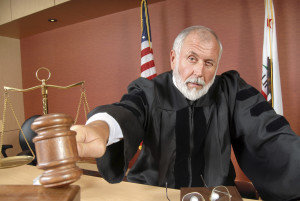 “Where a party seeks to advance its position with reckless abandon seeking only the ultimate goal of victory and using questionable evidence along the way, that party risks sanctions in the form of cost penalties. Where the conduct is reprehensible and deserving of reproof and rebuke, the penalty is special costs.”

Those legal principles were set out by a judge of the Supreme Court of British Columbia last week before awarding special costs against ICBC after a personal injury trial.

Technically, the costs were awarded against the defendant, but of course she had absolutely nothing to do with the defence of the claim because she was insured by ICBC. What was the ICBC defence conduct that was so reprehensible that it was deserving of reproof and rebuke?

First, I need to explain expert evidence. In personal injury cases, medical specialists are hired to give medical opinions about such things as the relationship between a set of symptoms and injuries sustained in a car crash.

The law requires medical specialists to provide objective medical opinions, and not to act as an advocate for one of the parties.

In my view, most medical specialists take their role seriously. Some, though, are greatly influenced by which side of their bread is buttered, so to speak, and they give what some would consider consistently biased medical opinions in favour of the butter source.

And there can be a lot of butter.

Some of these specialists are paid hundreds of thousands of dollars per year to provide medical opinion after medical opinion to ICBC in defence of personal injury claims.

Those medical opinions are worth the money.

An injured victim can be persuaded to accept what some lawyers consider a horribly unfair settlement when faced with an unsupportive report from a medical specialist.

A jury might assess a claim as being unfairly low on the strength of such a report, not knowing the specialist’s reputation.

The reprehensible conduct in the case I am referring to was the using of a particular psychiatrist, to give expert evidence. The court found that the ICBC defence knew of the psychiatrist’s “propensity to abuse the role of expert.” His objectivity had been called into question, and his opinions rejected, in several previous court cases.

The psychiatrist didn’t disappoint in this case. In the words of the judge the psychiatrist was an advocate. He was argumentative, defensive, non-responsive and prone to rambling discourses that were not relevant to the questions posed in cross-examination.”

He was also noted to have been hovering within hearing distance and actually sticking his head into the courtroom after having been ordered out so that his evidence could be discussed in his absence. His opinions did not result in an injustice in this case, where his lack of objectivity was rooted out and his opinions rejected.

I wonder, though, how many hundreds of other cases have been resolved with unfairly low settlements or trial awards where that psychiatrist’s lack of objectivity was not rooted out.

I wonder to what extent a class action lawsuit might be appropriately brought by injured victims of car crashes whose settlements or trial judgments were influenced by his or other “expert” medical opinions.

Without consequences, there will be no change in behaviour. Kudos to the Supreme Court judge who imposed severe costs consequences in this case.

If anyone would like a copy of the actual decision, let me know and I will be happy to send you a copy.