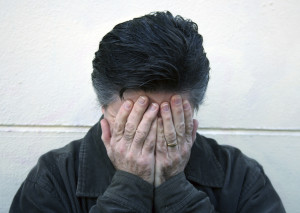 I wonder if the management of international elevator giant, ThyssenKrupp Elevator, knows what hit them.

A fellow whose hand had been crushed in an elevator maintained by ThyssenKrupp Canada hired Brown and Wong to go toe to toe with the elevator company.

It was a challenging case. There was a very real risk that, after spending tens of thousands of dollars in disbursements, countless hours preparing the case and 15 days in trial, the company would escape liability altogether.

Not many lawyers would have taken that case.

When you add up the value of the time and disbursements spent by the Port Moody lawyers it was well over $100,000.

That’s a lot of money to put on the line for a client when facing the uphill battle of proving negligence against a very large company. The jury returned its verdict last week and ThyssenKrupp Canada was taken down a peg.

The jury found the company negligent in its maintenance of the elevator and compensation of more than $700,000 was awarded. Unfortunately, there is a dark side to this story. The jury was told, when given instructions on coming up with a dollar amount of compensation for the pain and suffering endured by the injured worker, that it was its responsibility to decide an appropriate amount.

The jurors were told that, as a group, it brings to the law the common sense of the community. They were also told that their decision would help the courts keep in touch with the views of the citizens, whom the law is designed to serve.

But they were denied reference to legal precedents of what a judge might award in compensation, with the explanation that giving them such guidance would take away from the educational value of their independent judgment.

They were kept entirely in the dark as to what dollar figure might be appropriate. The lawyers, in their closing submissions, were not even allowed to recommend figures.

The jurors were led to believe that the injured victim would actually be paid the amount of financial compensation their common sense determined to be fair.

The “dark side” of the story is that they were misled.

The $600,000 the jury assessed as “fair” compensation for the pain and suffering portion of the injured person’s losses will be slashed.

We leave it up to a jury to tell us how much compensation is fair compensation for the pain and suffering arising from injury but we give it no guidance in coming up with that dollar figure.

If a jury verdict is higher than approximately $333,333, the law requires it to be reduced.

Unfortunately for injured victims, the law doesn’t go both ways. There’s no automatic requirement that a low jury verdict be increased. It’s a quirk in our law that arose from decisions of the Supreme Court of Canada more than 30 years ago that imposed a judge made cap on pain and suffering damages in Canada.

There is no cap on the amounts awarded for any other losses, such as lost income and treatment expense. Three-hundred and thirty-three thousand dollars may seem like a whole lot of money. But tell that to a quadriplegic or other catastrophically injured person.

Tell that to the jury in this case who came to the common sense judgement, after sitting through 15 days of trial and two full days of deliberations, that a fellow with a crushed hand should receive almost double that for his pain and suffering.

Despite that, a huge congratulations goes out to Todd Brown and Yvonne Wong.

They set a stellar example.