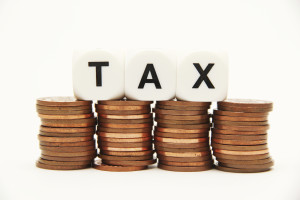 In a perfect world, facts would speak for themselves and the application of the law to those facts would be clear.

Parties to a legal dispute would show up before a judge and justice would be done.

Lawyers would be unnecessary.

Well, perhaps a perfect world wouldn’t have disputes, but let’s not get carried away.

In the real world, facts rarely speak for themselves.

The application of the law is also seldom self evidently clear. Our judges are at the upper echelon of the legal profession, but they are not walking encyclopaedias of the law.

They are best able to do their job when the parties before them have lawyers who make submissions as to how the law should be applied to the relevant facts.

If neither party to a dispute has the financial ability to pay for a lawyer, then there is at least some fairness in the system.

While justice might be better served by both parties having lawyers, so that the relevant facts see the light of day and the law is applied most appropriately, at least the parties are on equal footing.

The greatest potential for injustice is when one of the parties can afford a lawyer and the other cannot.

In many jurisdictions, including ours, public funds are allocated to the funding of legal services to correct this imbalance, at least in the most serious of situations.

We call it legal aid. Regretfully, the types of cases and levels of income that qualify for legal aid have become more and more restrictive in B.C.

The defence of folks facing the most serious of legal consequences, like Robert Picton, is still covered by legal aid. But many other cases, such as a dispute over the division of assets following a family separation, are not.

The other side of the legal aid coin is that the money has to come from somewhere. Nobody wants to pay higher taxes.

The curious thing is that there happens to be a very specific tax that was implemented for the sole purpose of funding legal aid in this province. It was introduced in 1993.

Instead of funding legal aid, however—as was the original stated intention— the proceeds of the tax go into general revenue.

A lot more money is collected by this tax than is allocated to legal aid.

I am not taking political sides here. I do not think it appropriate to use this column for the gain of any political party.

But while this tax was implemented by one government, subsequent governments could have either repealed it or, at least allocated the proceeds to the, purpose for which it was intended.

The tax I am referring to is the application of our provincial sales tax, which we know as PST, to legal services.

The message I am delivering here is not a self-serving one.

My legal practice is not impacted by the tax. My hourly rate clients pay an extra seven per cent for my services, but I send away more prospective clients than I take on. Moreover, the kinds of legal services I provide have never been covered by legal aid.

I see the tax issue as a significant injustice. There is a special tax designed to provide funds specifically earmarked to help those who cannot afford the relatively insane expense of hiring a lawyer to assist them with their legal disputes.

The tax is generating more than enough funds, yet those funds are being diverted elsewhere.

Relatively few people are aware of this, and relatively few take the time to reflect on how a justice system that is fair for anyone has to be fair for everyone.

If you agree with my view, I invite you to send your comments to your local MLA. I would be happy to forward your comments if you would prefer to e-mail them to me.