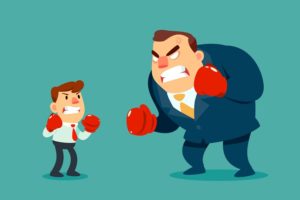 A recent small claims decision highlights a common misunderstanding about our rights. And that ICBC doesn’t jump to clear up the confusion.

I feel for the Claimant, Frank. He went step by step through the process outlined by ICBC to deal with a fault assessment he didn’t agree with. And when he thought he was at the end of the process, he was set back almost to the beginning.

The small claims decision, Kristen v. ICBC, 2018 BCPC 106, doesn’t tell the story about what happened in the collision. Who knows, maybe the ICBC claims adjuster got it right.

Some of you might assume that ICBC always gets it right when assigning fault. Please don’t. They regularly get it wrong.

It’s not their fault when they get it wrong. How can they assess who to believe when they are hearing different stories from the drivers and witnesses? And they are not lawyers, so they are not equipped to handle nuances in the law.

Their web site gives instructions for what to do if you think the adjuster got it wrong. Step one is to talk to your adjuster’s manager. I have no idea how effective that might be.

Step two is to ask for a Claims Assessment Review. The web site explains the process. A written application must be received by ICBC within 60 days of ICBC’s fault assessment letter. A decision is apparently made by an independent decision maker based on your written submissions and the ICBC file material.

No surprise if justice doesn’t flow from that process either. You are unable to tell your story and present your case, except in writing, and there is no mechanism for examining and cross examining the drivers and witnesses. And what about the legal nuances?

So then there’s step number three. These are the instructions on the web site:

“Dispute your claim in court: If after a Claims Assessment Review you’re still not satisfied, you can dispute the fault assessment in small claims court. If a judge makes a decision in your favour and changes a fault decision, we will adjust your fault assessment to match the ruling.”

Frank went through those steps. On October 20, 2017, he commenced a Small Claims Court lawsuit by filing a Notice of Claim. He named ICBC as the Defendant and sought a finding that the other driver, not him, was 100% at fault.

ICBC filed a reply and the matter was set for a trial to occur on April 13, 2018. Frank came ready to present his case. No one appeared for ICBC.

It should have been an easy trial, with only Frank’s version of events before the court. Can you imagine Frank’s disappointment when he learned that he wasn’t going to be able to tell his story that day because of a technicality?

The technicality is that Frank’s claim is not really against ICBC for making a bad decision, it is a claim against the other driver for causing the crash.

This is the same as every personal injury claim. The claim is not against ICBC, it is against the offending driver.

ICBC steps in to defend every case on behalf of the other driver because they are that driver’s liability insurance company. So yes, you will be fighting ICBC either way, but the only way to get justice is by going through the other driver.

Why doesn’t ICBC explain this on their web page? Why didn’t ICBC alert Frank to the technicality at the get-go? Perhaps they might like to comment.

The judge kindly chose not to dismiss Frank’s claim, but gave him permission to amend the Notice of Claim to name the other driver. That saves Frank from having to pay another filing fee, but it still leaves him back at the very beginning of the Small Claims process.

Are you facing an ICBC fault finding that you disagree with? It can be worth it to take them to task. Make sure you name the other driver, as was properly done in Tough v. I.C.B.C. and Gannon, 2010 BCPC 307, a “David and Goliath” story I’ve written about previously where a 100% fault finding against young Mr. Tough was reversed by the Court.

I also recommend that you consult with a lawyer along the way. Small Claims Court exists to allow unrepresented parties to achieve justice without having to pay the incredibly high cost of legal services, but of course you will be up against an ICBC lawyer at the trial, and you clearly cannot count on ICBC help you out.

There are inexpensive ways to get help here and there and one is through a service offered through The Canadian Bar Association called the Lawyer Referral Service. For $25.00 plus taxes, you can have an up to 30 minute consultation with a lawyer.