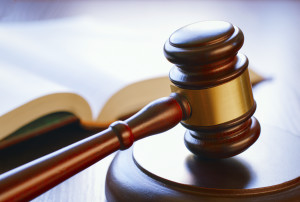 I am a big fan of Small Claims Court.

As an articled student, almost 20 years ago, it was where I “cut my teeth” in the courtroom.  The Nanaimo law firm where I articled always had a collection of Small Claims cases on the go.  The responsibility for handling those cases was handed over, year after year, from articled student to articled student.

After articling, I moved to the Okanagan where I took on and built a mixed litigation practice.  It feels like a lifetime ago before I was able to focus my legal practice to handle only personal injury cases, but I still very much remember the wide assortment of legal matters that came across my desk.

Many legal disputes I was consulted about were not significant enough to justify paying thousands, or tens of thousands, of dollars in legal fees.  Often, hoping to keep legal expense to a minimum, I was asked to simply issue a “demand letter”.  The hope was that the person on the other side of the dispute would “turn tail and run” on receiving a sternly written letter from a lawyer.

I regularly sent potential clients away, pointing them in the direction of our Small Claim Court system.  I explained that the few hundred dollars they would pay me to learn about their case and issue a demand letter would be better spent commencing a Small Claims lawsuit.

There is no legal consequence of ignoring a lawyer’s demand letter.  In comparison, ignoring a Small Claims Notice of Claim will result in a Provincial Court judgment that is just as powerful as one issued by the Supreme Court of British Columbia.

Small Claims Court provides a way to access our justice system to solve legal disputes that are not big enough to warrant huge legal bills.  When first created, it could handle cases up to $3,000.00.  It can now handle cases up to $25,000.00.  It has been argued that the limit should be $50,000.00 or more, because even at that level most if not all of your “successful” judgment can be eaten up by legal fees if a lawyer is involved.

There is a downside to Small Claims, though.  Bullies can engage the system to pursue unjust claims just like the “little guy” can go after just ones.

When pursued by a bully, a Small Claims lawsuit can feel like a kind of extortion.

With television and movies portraying legal cases as being won and lost not on the basis of the validity of a claim but on the clever tactics of lawyers and the arbitrariness of judges, there can be a lot of pressure to pay off the bully and move on with your life.

This is particularly so during the first formal step of a Small Claims lawsuit: the Settlement Conference.  During the one-half hour informal meeting, the role of the judge is to mediate between the two sides, encouraging a settlement.  The role is not to sort out who is right and who is wrong.  A “bully” in that meeting will not be exposed.  With a judge encouraging you to negotiate a settlement payment, you might feel that the bully has already won.

While compromise and “give and take” are important and valuable in most life circumstances, they are a means to victimization when you are facing a bully.

If you are facing a bully, I encourage you to hold your nose during the Settlement Conference and not allow yourself to be victimized.  A trial is a very different place.  It is not a place of smoke and mirrors and magic where a silver-tongued bully can win over an arbitrary judge.

In my experience, Small Claims Court is a place where justice is done.  A Judge will step right in to help the soft spoken, less confident party along.  In fact, I remember thinking as an articled student that it might have been a disadvantage, rather than an advantage, to come into court with a lawyer or an articled student against an unrepresented party.

I do recommend that you consult with a lawyer about your claim early on, to get an objective, legal perspective of what’s fair and to get important advice about how best to help the Judge sort the case out.  Who knows, perhaps with feelings stripped away from the situation you will find out that the position you are taking is the unfair one under the law.

Published May 1, 2014 in the Kelowna Capital News