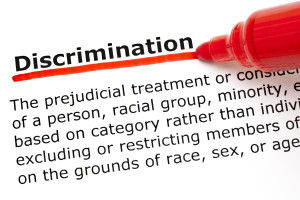 There is a lively debate going on among British Columbia lawyers.  It has to do with a competition between freedom of religion and the right to be free from discrimination on the basis of sexual orientation.

Trinity Western University (TWU) is a long established university, with a campus in Langley.  They are planning to offer a law degree program starting in September, 2016.

TWU is a Christian school.  It’s mission statement:  “As an arm of the Church, to develop godly Christian leaders: positive, goal oriented university graduates with thoroughly Christian minds; growing disciples of Christ who glorify God through fulfilling the Great Commission, serving God and people in the various marketplaces of life.”

Christianity has come a long way.  Discrimination on the basis of sexual orientation has been eliminated from many Christian faiths.  Not so with TWU.  The school requires students and faculty to enter into a covenant that is discriminatory against those in same sex relationships.

This discriminatory covenant is giving the lawyers of British Columbia pause.  Lawyers make up the Law Society of British Columbia (LSBC).  The LSBC gets to decide whether or not a law school will be approved as providing a legal education that will be recognized so as to allow its graduates to become lawyers.

If the LSBC gives the TWU law school a “thumbs down”, its graduates will not be able to practice law in this province.

On April 11, 2014, our lawyer representatives of the law society (called “Benchers”) voted to give the TWU law school a “thumbs up”.  There has been what you might call an uprising among the masses to call a “special general meeting” to allow a vote of all British Columbia lawyers on that issue.

Provided enough signatures are collected to trigger the special general meeting, we will be able to have a full debate and then learn the views of the majority of the more than 11,000 lawyers in British Columbia.

Should the majority of British Columbia lawyers be able to dictate the religious beliefs of a Christian minority?  Absolutely not.  Lawyers swear an oath that includes the solemn commitment that we “…will uphold the rule of law and the rights and freedoms of all persons according to the laws of Canada and of the Province of British Columbia.”  The rights and freedoms we have sworn to uphold include the freedom of religion, expression, assembly and association enshrined in section 2 of the Canadian Charter of Rights and Freedoms.

Nothing the LSBC decides can impact on what is preached in Churches and taught in private educational institutions.  The issue is whether or not a legal education obtained in an openly discriminatory educational environment should be approved as qualifying a graduating law student to practice law.  Will graduates of a program that openly discriminates on the basis of sexual orientation be suited to uphold the same oath that requires us lawyers to protect against such discrimination?

The concern, as expressed by Jeremy Webber, the dean of law at the University of Victoria, is whether “…a program that bars validly married gay and lesbian people from its classes simply because of their sexual orientation is an appropriate context in which to learn to be a lawyer.”

Mr. Webber, who is far better informed on this subject than I am, might disagree with how I have framed the issues.  I quoted him from a column he wrote that can be found by searching “Jeremy Webber Religion v. Equality”.

Whatever your views, I encourage you to push the lawyers you deal with to support the triggering of a special general meeting so that the issues can be fully debated and whether or not the new TWU law school gets a thumbs up or thumbs down can be based on the views of a fully informed majority of the lawyers of the Province of British Columbia.