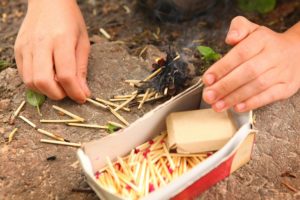 The two boys, aged 9 and 11, are sorry. But what about accountability?

They were playing with a lighter in the Wilden area of Kelowna. Apparently “experimenting with fire.”

Almost a thousand homes were put on evacuation alert. Thankfully, fire fighting resources that included the air support of a spotter aircraft, air tanker and three helicopters, along with multiple fire engines and fire fighters, brought the fire under control.

When researching this column, I learned that the criminal accountability of children is a live issue in Canada. According to Queen’s University Professor of Law, Nicholas Bala in a Globe and Mail article,  the law in Canada changed in 1983, setting the minimum age for criminal responsibility at age 12.

Until the law changed, “…a child could be held responsible for criminal actions starting at the age of seven, though only if the Crown could establish that the child knew that his or her acts were wrong.”

Professor Bala shared the chilling scenario of an 11 year old boy having committed a sexual assault and knowing he could not be charged, telling the arresting police officer: “You got me. So what are you going to do?”

A proposal to lower the age of youth court jurisdiction from twelve to ten years did not proceed in 2006, and it was Professor Bala’s opinion in his 2013 article that this should be reconsidered.

But as it stands today, these boys are too young for criminal prosecution.

What about civil accountability?  Children have no money to pay, but could their parents be held accountable to pay financial compensation for the consequences of their children’s behaviour?

The fire fighting efforts were expensive. And what if homes had been lost?

The Kings were staying in a cabin owned by the Taylors. They left their 9 year old son, 12 year old daughter, and another girl alone in the cabin.

At some point the 12 year old daughter and other girl left, leaving the 9 year old by himself.

A fire had been left burning in a fireplace.

The 9 year old, playing with fire, caused the cabin to burn down. The Taylors brought a lawsuit against the Kings.

A key issue in the Court of Appeal decision was whether or not the parents were liable for the negligence of their 9 year old son.

The trial judge had found them liable, noting the following failures:

“Mr. and Mrs. King failed in four ways. They failed to impress upon any of the three children any warning or prohibition as to fire. They did not tell Marisa that she was in charge of and should remain with Roddy. They did not tell Mrs. Taylor that they were leaving. They left the matches behind.”

That decision was overturned by the Court of Appeal.

Citing a case from 1860, the court noting the starting proposition: “We start from the proposition that parents are not liable for the negligence of their children by virtue of their status as parents per se.”

But that was followed immediately by the common sense legal principle: “However, there is a parental duty imposed upon parents personally quite apart from the wrongdoing or the liability of the child. There is a duty to supervise and control the conduct and activities of their children.”

Parents are not held to a standard of perfection in their supervision and control of their children, though. Their conduct is measured in comparison to, in the court’s words, “…the accepted standards by parents generally in the community.”

The court found it reasonable for the Kings to have left their 12 year old daughter, who had done some babysitting for others, along with her 9 year old brother.

And noting that the boy had been taught about the dangers of fire, along with a lack of evidence that he was prone to playing with fire or had a particular fascination with it, the court found that it was not a foreseeable risk that the he would have played with fire resulting in the fire loss of the cabin.

Could the parents of the boys who started the Glenmore fire be held liable?

According to news reports, the children “had no past history of lighting fires.”  And I suspect that it’s incredibly likely that their parents had impressed upon them the dangers of fire and had no idea they had gone out to play with a lighter.

Could a higher level of parental supervision and control have avoided this fire?  Absolutely. At the extreme, the parents could have patted down their sons, looking for matches or a lighter, every time they went outside to play. Or not allowed them out of their sight.

But that would have gone far above and beyond generally accepted parental standards in our community. So if the news reports and my suspicions are correct, the parents could not be held civilly accountable.

Perhaps the law should change, imposing civil liability on parents whose children start fires, regardless of the circumstances. Just like “you break it you buy it” signs cause us to be more careful, such a law would likely result in an increase in the overall level of parental supervision of children. But might that have adverse consequences as well?

What do you think?