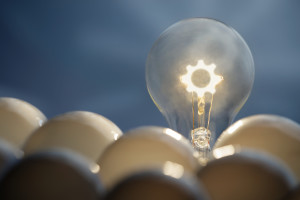 The injured plaintiff, Mr. Cabral, was injured when a commercial truck smashed into the back of his pick-up truck. He has suffered from neck pain ever since and made an ICBC claim to recover fair, financial compensation for his soft tissue injuries.

Cabral missed only three days of work. He was on light duties for about a month and then returned to his full duties.

He has never required assistance from co-workers and has never asked to reduce his hours despite working 10 1/2-hour days. He undertook a three-month course of physiotherapy and was able to return to all his pre-accident sports activities, including competitive soccer and floor hockey, within four to five months of the crash. I know what you’re thinking. This has to be a really small case, right?

That’s what ICBC or another insurance company wants you to think.

ICBC would typically offer an unrepresented injury victim less than $10,000 to settle this kind of case. But those few details, which the ICBC lawyer emphasized at the trial, fail to tell the whole story.

Yes, Cabral has been able to work full duties but he has had to modify how he does things.

Whenever possible, he avoids working with his arms extended in front of, or above, his body. He avoids sitting or standing in one position for extended periods of time. He has a job that allows him to take short breaks and stretch after completing tasks, and his job duties give him freedom to alter his position frequently. He often comes home from work in pain, causing him to be fatigued and irritable.

Some activities with his children cause increased neck pain. He uses up most of his energy to make it through his work day, so his wife is left to perform all the housework and take on most of the child care.

Take video footage of Cabral working or playing competitive soccer and you might have no idea that he suffered an injury. ICBC would point to the footage and say he was fully recovered.

The judge who presided over the case, heard the full story and saw past the insurance company arguments. She awarded Cabral $50,000 to compensate him for his chronic neck pain. She also awarded him compensation for the fact his ability to work has been negatively impacted.

Yes, his income loss ended within three days of the crash but he has been able to work because of modifications to the way he does things. His capacity to work has clearly been reduced. The judge awarded Cabral another $25,000 for his loss of work capacity.

In total, the compensation awarded to Cabral was $89,146. That was probably double what the insurance company was prepared to pay to settle the case before the trial and likely several times what the company would have been prepared to pay before Cabral hired a lawyer.

Here is a link to the Supreme Court website where you can find this decision: Cabral v. Brice.  If the link doesn’t work, please e-mail me for an updated link.