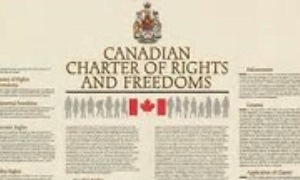 It can seem to be the worst of injustices:  The police do their job and catch a bad guy but his fancy lawyer gets him off on a technicality and the bad guy walks.  The technicality is usually based on some insignificant sounding “breach” of the bad guy’s “Charter rights”.

The way the technicality works is that some piece of evidence the police have gathered to prove the crime occurred is “thrown out”.  If the trial is with a jury, the evidence is kept hidden from the jury.  If the trial is by judge alone, the judge uses his or her magic powers to pretend the evidence was never gathered.

A classic example is the drunk driver who gets off because the breathalyzer results are thrown out.  The police require him to blow into a breathalyzer machine that proves without a shadow of a doubt that the drunk was driving at three times the legal limit.  The results of the breathalyzer are thrown out because the police officer didn’t say the Charter-required “magic words” to the stumbling drunk offering him a chance to talk to a lawyer before blowing. Everyone in the courtroom knows he is guilty as sin, but he walks.

Our Charter rights, by the way, are a list of rights contained within Canada’s Charter of Rights and Freedoms that became part of our constitution in 1982.  Incidentally, the results of an online poll of about 12,000 Canadians were just released, the poll identifying the Charter as 3rd among Canada’s accomplishments of the last 150 years that made the participants “most proud to be a Canadian”.

How can something that results in such injustice be held in such high regard?

Our Charter rights are the rights of Canadian citizens owed to us by the government.

The criminal court room happens to be where the incredible power of the government most directly comes into conflict with the rights of private citizens.  It is no surprise that Charter rights have been so vigorously tested and defined in the context of how the police, agents of the government, conduct criminal investigations.

If the government ignores our rights, and there are no consequences to take them to task, do we really have rights?  Throwing out that breathalyzer result was simply a consequence to the government for the police choice to ignore the drunk’s rights.  Would I prefer for the drunk to have been convicted?  Yes, of course.  That goal would have been achieved had the police officer simply respected the drunk’s basic Charter rights.

I want the police and every other government agency to respect my basic Charter rights, those of my family, friends, and those of all Canadian citizens.

You can be comforted in learning that evidence is not thrown out “willy nilly”.  A decision of the Supreme Court of Canada released on June 13, 2014, is an example of the court carefully considering whether or not ill-gotten evidence should be thrown out.  The case is also an example of how all of us Canadians benefit by the continual attempts of defence lawyers to define and enforce our Charter rights.

The case is R. v. Spencer, and can be found online by searching the name of the accused and the docket number: “Spencer 34644”.

Mr. Spencer was using an internet file sharing program called LimeWire, which allows a vast network of users to download movies, music and other materials directly from each other’s computers.

I learned from reading the case that it doesn’t take the exercise of police investigation powers to find out a LimeWire user’s “Internet Protocol” address (IP).  It does, however, take the exercise of police powers to force the Internet Service Provider, in this case Shaw Communications Inc., to obtain the name and address of the subscriber connected to that IP address.  In this case, “force” was simply a written request.

It felt a bit of an invasion of my privacy to learn that my IP address, which can be used to learn what web sites I go to, is so readily available.  I felt naked when I learned that my IP address can be translated into my name and address by a simple request of a police officer to my Internet Service Provider.

Mr. Spencer’s lawyer used the Charter to challenge that written request.  The court found that a police officer must obtain a warrant, issued by a Judge, to obtain that private, personal information from an Internet Service Provider.  This doesn’t hold back justice, by the way, a Judge will issue the warrant if there is evidence of criminal activity.  It just protects our collective right to privacy as Canadian citizen.

The court had to go on to decide whether or not Mr. Spencer should “walk” from a child pornography conviction as a result of the police failure to obtain a warrant.  The court noted that it must “assess and balance the effect of admitting the evidence on society’s confidence in the justice system” and struck the balance on the side of upholding Mr. Spencer’s conviction.

I didn’t participate in the online poll, but I agree that our Charter of Rights and Freedoms is among the top accomplishments that make me proud to be Canadian.