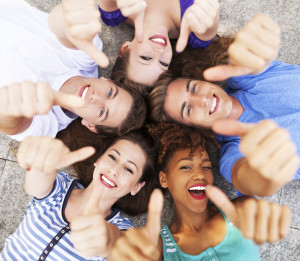 Those of us who have volunteered our time to lead organizations know how it works.  It might be a business group, community group, strata council or parent advisory council.  A handful of hard working volunteers take the time to learn all the facts and understand the big picture so that the best decisions can be made for everyone else.  Inevitably, there is a minority of those ignorant of the full picture who cry foul and challenge those decisions.

The word “ignorant” is often used as an insult.  I am using it with the ever-reliable Wikipedia definition:  “Ignorance is a state of being uninformed (lack of knowledge).”  Indeed, insults might be levied at those who bitch and complain without bothering to become informed but I don’t think it is fair to think any less of someone on the simple basis of being uninformed.

Perhaps I am trying to make myself feel better about my own ignorance.

I was one of the lawyers to add my name to the petition  requiring a special meeting of the Law Society of British Columbia to rethink its approval of the Trinity Western University law school.  I was one of those “bitch and complainers” who challenged the decision making of our capable leadership who volunteered their time to very carefully consider the issue on our behalf.

I did so believing that I was reasonably well informed.

My ignorance became apparent to me as my eyes were opened by the submissions made during the meeting.

The first speaker was lawyer barbara findlay (the lower case is intentional, in my respect to how this incredible woman publishes her name).  She blew my mind with her description of how backward our society had been as recently as 1977 when she was one of very few women called to the British Columbia bar.  At the time, homosexuality was seen by psychiatrists as a mental illness.  She required the certification of a psychiatrist that she was sane as a prerequisite to becoming a lawyer.

A heterosexual white guy, the closest I have ever come to feeling discrimination has been, ironically, fearing the stigma of ethnic heritage exposed by my last name (literally translated to mean “Mr. God” in German) in relation to Nazi atrocities during World War II.

barbara findlay has noted that gay sex was still a criminal offence in Canada in 1967 when she first realized she was a lesbian.

As I type this, I am learning from international news that there are still areas in the United States of America where young people undergo “conversion therapy” in failed attempts to “cure” sexual orientation.

I was also struck by the comments of another speaker, Michael Mulligan.  I had walked into the meeting with the perspective that there was a debate between equally important rights and freedoms, i.e. the freedom of religion versus the freedom to be free from discrimination on the basis of sexual orientation.

Mr. Mulligan opened my eyes to the notion that the two rights and freedoms are nowhere close to being equal: one being a freedom of belief and dogma; the other being a right to be free from harm.

How could a right to beliefs, when butting up against a right to be free from harm, ever be on an equal footing?

How ironic, by the way, that we were discussing these competing rights when religion was a key factor in the oppression of those of alternate sexual orientation in the first place.

The harms from this form of discrimination have become less and less dramatic in this province, and country, but they continue.  I am learning that we must be vigilant to stand up against those continuing harms, including those at Trinity Western University.

I went to the meeting with Jill Bishop, a brand new lawyer whose ceremony of being called to the bar had been just the day before.  We made history together, along with an overwhelming majority of British Columbia lawyers who said no to Trinity Western University’s law program.

Jill was prepared to add her voice to the meeting, but there were already too many like-minded lawyers lined up at microphones.    She was going to express her prediction that her grandchildren will look back on that historic day and wonder, aghast, how the point could have been debated in the first place.