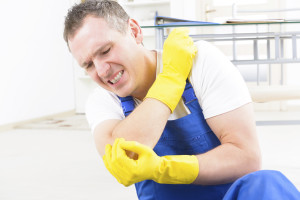 Brace yourselves. This is complicated. This posting is about what happens if you suffer, in the course of your employment, a car-crash injury.

Why would it matter if you are working at the time?

We have a “no fault” system of compensation for people injured in the course of their employment in this province. It’s called the Workers’ Compensation Board (WCB).

This no-fault type WCB system provides the same benefits for anyone who suffers an injury, regardless of who is at fault. It protects careless workers the same as careful workers. Do a head stand on a table saw and you receive the same benefits as a worker injured due to the negligence of an employer.

These no-fault benefits are restrictive. They tend to include reimbursement for only wage losses and medical expenses. They do not include any compensation for pain, suffering, or loss of enjoyment of life.

Your entitlement to these no fault benefits is determined by adjusters employed by the system, with appeal procedures to administrative tribunals.

Those of you who have come up against the WCB system may agree with me that we are blessed in B.C. that we have not followed most of the rest of the country that has gone to a no-fault car crash system.

In B.C., an innocent victim of a car crash is entitled to compensation for all of his or her losses, not just income loss and expenses. Here, the decision maker is a judge or a jury of your peers, not an insurance adjuster.

As far as the outcome is concerned, it shouldn’t matter what choice you make. I use the word “shouldn’t” on purpose.

One choice is to ignore the WCB system. If you make this choice, your case is handled no differently than any other car crash case. You either negotiate your claim directly with the at fault driver’s insurance company or hire a lawyer to handle your case for you. You go to court if a settlement is not reached.

The beauty of this choice is you can make a “provisional” WCB claim that keeps your WCB rights alive.

At any time, you can go back to the WCB system, even after losing at trial if the case happens to go against you. The other choice is to go through the WCB system.

If you make this choice, your claim is handled no differently than any other WCB claim. Your claim is adjudicated by a WCB adjuster.

If the adjuster makes a bad decision, you go through the administrative appeal procedure.

At the end of the process, though, the WCB gets to go after the other driver’s insurance company to recover whatever it is it paid you in benefits.

When it does that, it is obligated, on your behalf, to also claim the balance of your rights.

In addition to getting paid back the wage losses and expenses it paid you under the WCB system, it has an obligation to also claim compensation on your behalf for your pain and suffering and loss of enjoyment of life.

It shouldn’t matter which choice you make: If you ignore WCB at first, you can always go back to it. If you go the WCB route, the WCB system is supposed to pursue the balance of your rights on your behalf. And yes, you pay a percentage fee regardless of which choice you make.

While it shouldn’t make any difference, the right choice for you will depend on your particular circumstances.

There are other factors as well. As with any other important decision that impacts on your legal rights, get legal advice to assist you with your decision.