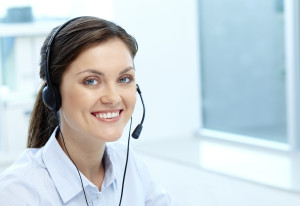 I went into the local ICBC Claims Centre to renew my driver’s license last week. It had been a long time since I had been in there. It didn’t occur to me until I was walking through the front doors that I was walking into the lair of the dragon I have been poking at with a pointy stick for the last 2 1/2 years.

This column has been running since January 2007. The headline my editor attached to the first column, “It’s not about screwing the insurance company,” reflected my opinion that it’s innocent victims of car crashes who need to be protected from being screwed by insurance companies, not the other way around.

While I have been distracted from time to time as other interesting legal issues have arisen, the focus of my column has been car crash claims. A regular theme in that regard has been exposing insurance company unfairness. In British Columbia, ICBC has a monopoly on liability insurance. As such, it has been at the pointy end of my stick more often than not. I’ve hit pretty hard.

My column has gained the attention of the upper brass with ICBC claims. It has also gotten back to me that at least one ICBC adjuster from the Kelowna Claims Centre has tried to dissuade a car crash victim from hiring me. With the bosses familiar with my column, and the locals trying to keep crash victims away from me, I was led to imagine a photograph of me in the lunch room, stuck to a dart board with rings drawn on it.

So as I walked through the doors of the claims centre doors, I was feeling a little uneasy. I thought it helped that I was wearing my riding gear and carrying my Harley helmet —not exactly lawyer duds. In effect, I was in disguise. The moment of truth came as I handed over my old driver’s license. I was greeted by the most welcoming of smiles. There wasn’t even a moment of awkwardness on the very pleasant lady’s part who processed my renewal.

I received absolutely excellent service and was not made to feel, in the least, like I was an enemy combatant. Later that day I happened to chat with the insurance claims adjuster who is appointed to most of my cases. I have referred to car crash litigation as “war.”

It can be very stressful and very unpleasant, particularly when having to combat what I consider unfair policies. The front line person following those policies is the adjuster. A mistake that I make from time to time is painting the adjuster with the same negative brush that I use to paint the policies.

The reality is that she is a wonderful human being who is just doing her job the best way she can. She always has a cheerful tone of voice and handles herself with utmost professionalism. Notwithstanding the fact that she is an instrument of an insurance company, she is a pleasure to deal with.

So here’s a salute to those men and women who are “just doing their jobs”. Please don’t take my opinions as attacks against you. You have the hardest of jobs. I respect you for being able to maintain a positive professionalism in the face of having to administer policies that may seem as unfair to you as they do to me.