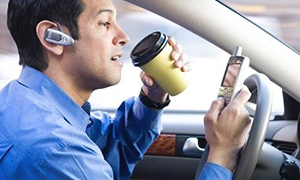 I saluted our political leaders back in May for enacting the toughest drunk driving laws in Canada.

I expressed my hope that the much stiffer penalties, imposed immediately instead of months down the road, would cause a reversal of drunk driving statistics. Those laws came into force on Sept. 20.

I am excited to see that they must be, even to the point that some drinking establishments are crying foul because of a loss of liquor revenues.

One pub owner, in the course of complaining that the threshold blood alcohol level is too low, and that there was insufficient consultation, unwittingly offered the following endorsement:

“Business is way off as a result. People’s drinking habits changed immediately. They are either ordering only one drink or not ordering any”.

Can you imagine a more glowing endorsement? The local RCMP chose to flaunt the results of the new laws the day after they were enacted, telling of the number of people who were facing fines and fees in the $4,000.00 range, along with license suspensions. Thank you for that.

We need that publicity.

The more we hear about the severity and immediacy of the penalties, the less we will drink and drive.

So why has that level of awareness not continued? I’d like our local media to cover daily arrests, suspensions, and fines.

Robert Holmes, the president of the B.C. Civil Liberties Association, has raised concerns about how far the government has taken things, the scales of justice perhaps tipped too far against an accused who faces serious penalties without a day in court.

In my view, his concerns are valid.

The new laws make an RCMP officer a roadside judge, jury and executioner. But if that is what it takes to change our drinking and driving habits, though, I say those concerns are outweighed by the benefits.

Perhaps due process can be brought back once these new laws accomplish the goal of changing our society’s drinking and driving attitudes. The success of the tough new laws illuminates a regretful reality.

It takes the imminent prospect of being hit hard in the pocketbook to stop us from drinking and driving.

The obvious fact that the consumption of alcohol impairs our ability to drive, thereby compromising safety, is an insufficient deterrent.

What if those who cause car crashes were fined $5,000, or if ICBC liability insurance came with a $5,000 deductible? With only a $500 deductible, it seems, who cares if you disable someone for life because of driver inattention?

Instead of leaving the cell phone on the console to avoid a poorly enforced handheld ban, we would do what it takes to keep our full attention on the road to avoid the heavy financial hit from causing a crash.

Clearly, the incentive of keeping our roads safer hasn’t been sufficient.

Of the car crash claims I handle, it is a small percentage that involve alcohol. So I am motivated to change driving attitudes generally.

I am also motivated to find ways to make drivers more responsible for their bad driving habits.

If you have any ideas, or thoughts about my suggestion, please e-mail me.