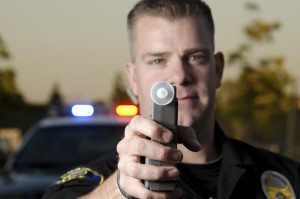 My hat is off to the British Columbia government for taking a bold stand against impaired driving.

For those of you who missed it, British Columbia is about to enact the toughest impaired driving laws in Canada. The current penalties for a first impaired driving conviction are a $300 fine and six-month prohibition from driving. Those penalties have not been working.

The proposed new laws could result in immediate fines and fees totalling as much as $3,750, as well as an immediate 90-day driving ban. For a period of one year, you will have to blow into a device that will prevent your car from starting if there is alcohol in your system. And you will also have to participate in a responsible driver program.

I can almost guarantee the new laws will result in a constitutional challenge. Empowering police to impose quasi-criminal penalties without due process will most definitely result in some abuse. By saying that, I don’t intend to insult the police. I recognize there are imperfections in law enforcement just like every other human system.

The lack of due process, though, is weighed against the expected result that fewer people will play Russian Roulette with our lives and get behind the wheel while impaired by alcohol. The prospect of seriously injuring or killing someone isn’t enough of a deterrent. The existing penalties are also not enough of a deterrent.

Perhaps the prospect of really stiff consequences, immediately imposed, will cause us all to give our heads a shake and stop mixing alcohol and driving. Instead of a statistical rise, perhaps the number of people injured and killed by impaired drivers will start going down.

It is a bold move and one that may not prove to be politically popular. But there is no question in my mind, it is the right move. I look forward to some more bold moves. How about the next one being an outright ban of cell phone use while driving?

Published May 2, 2010 in the Kelowna Capital News