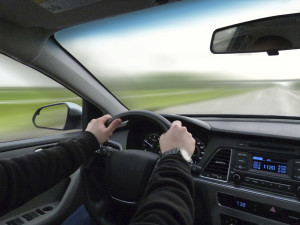 This column marks the beginning of my fourth year as a columnist with the Capital News. My first column: It’s Not About Screwing The Insurance Company, was published on Jan. 7, 2007.

A friend of mine got the ball rolling, when, as an advertising consultant at the paper, she suggested I send in a few sample columns to the editor for his consideration. It seems like yesterday when I sat down at the computer to put those first few columns together.

It didn’t take me long to get excited. I quickly realized that, if my column was approved, I would have a huge audience. Instead of fighting injustice on a case-by-case basis, client-by-client basis, I could have access to thousands of readers.

Maybe I could make a wider difference, fighting injustice through a column by simply speaking the truth. I am thankful to the Capital News, and particularly my editor, Al Waters, for giving me this platform. I don’t know what he expected from me but he hasn’t yet picked up the phone to say “Paul, that’s quite enough.”

I have trained my cross hairs, naturally, on my primary area of legal practice as a personal injury lawyer. I’ve had a lot of material to work with because the insurance industry has done a brilliant job of creating and maintaining public misperceptions that insurance companies handle personal injury claims in a fair and reasonable way, while those making injury claims are exaggerating, fraudulent, leaches on the system.

My very first column hit this issue head on, explaining the reality that those making injury claims need to be protected from getting “screwed” by the insurance company, not the other way around.

For an insurance company, that very simply means paying out as little as it can get away with for injury and other insurance claims. From time to time, I’ve taken aim at other legal issues that have grabbed my attention as requiring public education, such as when judges are publicly challenged by people who are totally ignorant as to what went on in the courtroom in a particular case, or ignorant to the fact that it is a judge’s duty to apply the law that we, the people, legislate.

My message has been: If you don’t like the law, ask your MP or MLA to change it, don’t blame the judges.

Have I had an impact? The times that the insurance company has responded by way of letters to the editor to my column have given me reason to feel that I must at least be perceived to be having an impact!

On the off chance that what I write might be sinking in, I have recognized the potential for using this column as a platform to change driving attitudes as well. Car crashes, and therefore car crash injuries, are preventable. They are not inevitable.

They are the result of inattention, aggressive driving, and a general lack of care. I’ve written more than once that the very best car crash claim is no claim at all. Is my message of safer driving having an impact on the Westside? I wonder.

You can expect more of the same over the coming year. If there are any injustices, or poor driver behaviour, that you come across and would like to have highlighted in one of my columns, please send me an e-mail. If you would like to access my archive of more than 150 columns since 2007, you can find it on my web site at www.hergottlaw.ca.