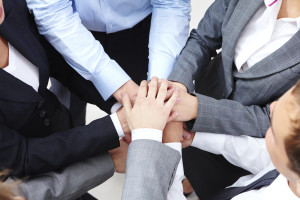 To those who have been putting up with my tangents, thank you for your patience.

After a couple of asides on foreclosures and a reactionary piece on our parole system, I’ve been snapped back into my original focus of personal injury claims.

What focused me? Yet another example of how insurance adjusters deal with unrepresented crash victims.

Well, perhaps it is more accurate to say that the adjuster just thought that the crash victim was unrepresented. In fact, I was waiting in the background.

It was that time in the case when the adjuster makes a settlement offer.

Will the adjuster extend funding for medical treatments for another month? Will income loss benefits be paid for another week or two? Will a small advance of a couple hundred dollars be provided to cover user fees?

By dolling out a few bucks here and there, the adjuster is able to lull the crash victim into the sense that he or she is being dealt with fairly.

It’s a heck of an investment on the part of the insurance company. These basic expenses typically represent an extremely small portion of the total value of a claim.

Once things get to the stage of settlement discussions, there is the sense that the adjuster will continue to be fair.

Put yourself in the shoes of a young crash victim. It is a month shy of the two year anniversary of the crash. You have suffered pain in your lower back and your neck since the crash. The pain is from injuries to the muscles, tendons and ligaments along the spine in your neck and your lower back, otherwise known as “soft tissue” injuries.

You have been able to continue attending school, but you still haven’t been able to return to your part-time job. The adjuster wants to talk settlement.

You have absolutely no idea what amount of money might represent fair compensation for your injuries. That’s all you are looking for. You don’t want anything more than what’s fair.

The adjuster tells you: “When we look at settling soft tissue claims, we have a range from zero to $6,500.”

Then, the adjuster tells you that he is going to offer you the upper end of that range: $6,500. Wow! Who needs a lawyer? Without even pulling out your best stern look, the adjuster has offered you the top of the settlement range. In fact, how brilliant that you did not hire a lawyer. You would have had to pay the lawyer one-third of that $6,500.

The dupe: The range provided by the adjuster is complete bunk. In my view, the adjuster’s approach to settlement is unfair and deceptive.

By saying that “they have a range” of zero to $6,500 the adjuster is implying that this range bears some relationship with what the law would say the range is.

Reality check: The $50,000 to $100,000 range is just for the “pain and suffering” element of the claim, compensating for symptoms that may never completely resolve.

In addition to that, you may also be entitled to tens of thousands of additional dollars to compensate you for your lack of capacity to earn income in the future.

By offering the top end of their fictitious range, the adjuster is discouraging the crash victim from seeking legal advice to find out what the range of fair compensation really is.

Most car crash lawyers offer a free initial consultation. Don’t allow yourself to be taken advantage of like so many others have been before you.