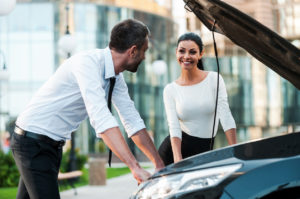 Those are the words of a former client who continues to live with neck symptoms years after a “minor” rear-end collision.

Neck symptoms weren’t the piss-off, though.

It was the attitude of a friend who had just rear-ended someone.

Her friend, clueless about how whiplash injuries work, said things like: “it wasn’t a big deal”, and “everyone is okay” when describing the collision.

Whiplash is rarely apparent at the scene of a crash. It usually takes hours before the damaged tissues start tightening up. It’s not until the next morning when you can barely move your neck.

Her friend’s focus was on how “super grateful” she was that she had purchased a premium insurance package. She will simply wait a couple of days for vehicle repairs. With the nice loaner vehicles provided by collision repair shops, that might even be a treat.

Depending on her “Claim-Rated Scale” with ICBC, she might well have zero or perhaps as little as a 5 or 10% increase in her insurance premiums.

Nothing has changed in her life, except that she pays a deductible and will never hesitate to purchase collision insurance.

“It seems strange that our society is set up to make it easy on people to smash their cars into each other.”

Her friend’s level of driving care was so grossly lacking that she managed to crash her vehicle into the back of another. It is a type of crash that absolutely dominates my practice. Again and again and again, drivers somehow fail to notice that traffic ahead of them has come to a complete stop, and “crash”.

Combined benefits of liability and collision insurance completely protect the negligent driver who is completely clueless about the possibility of having caused a life-long injury.

What is the incentive to be a super-vigilant driver if there are no consequences to being careless?

My former client suggested that collision insurance (insurance to pay for damage to your own vehicle if you cause the crash) should not be allowed if you, yourself, cause a crash. How’s that for a powerful thought!

Your liability insurance would pay for your victim’s vehicle damage but you would foot the bill for your own.

Imagine yourself behind the wheel of your car with zero collision insurance protection if you cause a crash. Might your level of care increase knowing that you’re going to be “out of pocket” the thousands of dollars of repair expense?

It’s ideas like this that would have the benefit of reducing crashes while greatly easing the burden on ICBC.

Here’s another idea: get rid of “free crashes”. How about requiring drivers who cause crashes to pay higher (much higher) premiums, no matter how many years of crash-free driving they have under their belt.

The foundation for these ideas is that crashes are caused by inattention and other negligent driving. They don’t “just happen” except in the rarest of circumstances. In those rare circumstances, you wouldn’t be “at fault” and would be fully protected if either of these ideas were implemented.
Is ICBC listening?