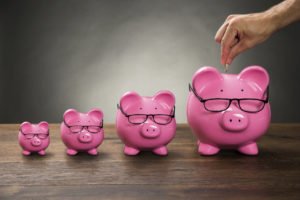 It looks like ICBC insurance rates are going up again.  According to Transportation Minister Todd Stone, ICBC will be seeking an increase of between four and seven per cent.

The last two rate increases, each in the five per cent range, resulted in British Columbians paying an extra $3-4.00 per month.

Why another increase?  Minister Stone referred to the “complexity, frequency and severity” of bodily injury claims, in addition to higher vehicle repair costs

What did Minister Stone say his ministry would do about it?  In Question Period, he reportedly said that his ministry will work with ICBC on a wide range of initiatives, from enhanced fraud detection and looking at executive compensation to hiring more claims staff.

I salute Minister Stone for his commitment to help ICBC do their job more effectively and efficiently.  Massive corporations, particularly crown corporations that are not competing in the free market, are bound to require oversight into how much they pay their executives and how they carry on business.

I am disappointed, though, with Minister Stone’s narrow focus, which ignores the elephant in the room.

We can cut back on what we pay the elephant handlers and figure out the best strategies for managing the beast, but if the elephant keeps growing, the expense of dealing with it will inevitably keep growing.

How about we focus our attention on the elephant, itself?  Instead of forcing its jaws open and force feeding it, how about we put it on a diet?

The elephant is car crashes and other road traffic incidents.  It’s the damage to vehicles and people that our ICBC insurance goes to pay for.

In whose hands is it to make a real difference in the number of car crashes that occur on British Columbia roads?  Ours.  The very people who are about to bitch and complain about a $3-4.00 per month increase in our ICBC insurance rates are the ones who have the power to reduce those rates.

It’s not hard to do, either.  We simply need to pay greater attention to what’s going on out of the windshields of our vehicles.

Who is more in need of management:  ICBC or us?  With rear-ender crashes creeping up to 50% of all crashes, should we be focusing our attention on how to manage those increased claims or on how to eliminate them?

How can Minister Stone manage British Columbia drivers?  How about start by asking us to take responsibility for the problem we, ourselves, have created.

When facing tough questions from reporters and the opposition about the upcoming rate increase, please take the opportunity to lay the problem down at the feet of those who have the power, in our own two hands, to slay the elephant.

Use this rate increase as a kick-start for a public awareness campaign to help motivate us to pay more attention at the wheel, much like the seatbelt and impaired driving campaigns over the years.

If we knew how much damage and expense arises from the average, every day, run of the mill collision, and knew how easy it is to avoid them, we would see a significant downward impact on crashes and, in turn, our insurance rates.

Oh, and as an aside, fewer of us, and our friends and family members, will be hurt and killed.