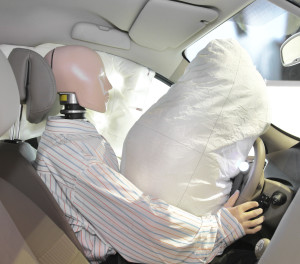 I supervised an interview the other day between my client’s family doctor and an insurance company lawyer.

After the interview, the doctor asked if I would stick around. He asked me a general question about what whiplash injuries are worth, by grade level.

I just about jumped out of my chair.

There were two reasons for that: One, I couldn’t believe that a medical professional, on the front lines dealing with car crash injuries, could be so misinformed.

Two, I was excited about the opportunity to fill him in, and thereby be part of the solution of informing the general public about how car crash claims work.

That is a big part of why I spend two to three hours a week writing this column. It was ridiculous for me to have been surprised by his question. He is a medical doctor. His expertise is in treating patients.

He has no training in the workings of the legal system.

I may have been the first lawyer he ever had a frank discussion with about this kind of thing. Also, ICBC does have guidelines for the settlement of whiplash injuries based on grade level.

It is probable that this doctor caught wind that those guidelines exist. He may have reasonably thought that knowledge of what those grade levels are will assist him in advising his patients when they come to him for advice.

First off, I should explain these grades of whiplash. It is a grading system that arose out of a task force in Quebec that was funded by Quebec’s automobile insurance company.

That should give you a clue about which side the task force’s bread was buttered on?

Grade one means neck pain, stiffness or tenderness, but there is nothing about the doctor’s physical examination that proves that there is anything wrong. In other words, you have to trust what the patient says about his or her pain.

In order to make it to grade two, there must be a limit in how much the patient can move his or her neck accompanying the neck pain.

Grade three requires neurological signs that would indicate problems with the nervous system, i.e. the brain and spinal chord.

Grade four requires a fracture, dislocation or spinal cord injury. So that’s the grading system for whiplash injuries. This is how “fair “compensation for a whiplash injury is determined. All that matters is what the crash victim has lost.

How much pain there has been, how that pain has impacted on his or her income and enjoyment of life and how long that pain is likely to continue into the future.

It doesn’t matter whether or not there was a hairline fracture in one of the vertebrae in the neck. Those are all medical measurements of injury. They are horrendously poor indicators of a patient’s actual pain and associated loss.

For example, a person may have numbness down the arms lasting for a couple of weeks, and neck pain that resolves completely within a couple of months.

That grade three whiplash will be a very small claim. On the other hand, someone with neck pain but no numbness. A grade two whiplash may suffer from chronic neck pain for the rest of his or her life, and have a very large claim.

Any compensation system that attaches a dollar figure to a grade level of whiplash is inherently ridiculous.

Any insurance company that has guidelines for the settlement of whiplash injuries based on grade level will result in unfairness. I explained to the doctor that I was unable to help him.

I explained that fair compensation for whiplash injuries could range from $1,000 to more than $150,000, not including income loss and expenses, depending on how serious the pain is, how long it lasts, and what impact it has on a person’s life, regardless of the grade level.

How do you find out what might be fair compensation for your injury? Don’t bother asking your doctor. Your doctor has a medical degree, not a law degree. Trust your medical care to your doctor. But get legal advice from someone qualified to give legal advice.