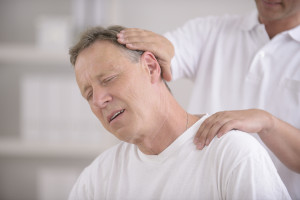 With air bags and seatbelts holding our bodies from striking steering wheels and dashboards during car crashes, fractured bones are rare except in the most dramatic of crashes. The vast majority of injuries are to the ligaments, muscles and other connective tissues, otherwise known as “soft tissue injuries”.

The good news is that most people enjoy a complete recovery from soft tissue injuries. According to numerous published medical studies, that percentage is in the range of 85-97%.

No wonder your doctor and therapists in the early stages after a crash are so optimistic that you will achieve a full recovery. Most of my clients had been told during those earlier stages that they should recover within some reasonably short period of time.

You should join in on the optimism. Not only is it based on solid medical science, but your level of optimism can be a factor in your recovery. I have heard of an incredible scenario where a cancerous tumour shrunk in size based solely on the patient’s optimism, the patient in a medical study of a new medication being given a placebo pill (zero medicine content).

The bad news is that any time there is a high percentage with excellent outcomes, there is necessarily a lower percentage with poor ones: in this case, the 3-15% of people who continue to have pain after a soft tissue injury.

Your medical team (your doctor and therapists) will be bound and determined to achieve, with you, the wonderful outcome of a complete recovery. With the high statistics on their side, it’s “their race to lose”. Nobody likes to admit failure, particularly when there is such a high probability of success.

The life work of your medical team is to heal. Their failure to bring about the statistically likely positive outcome is a let down to themselves. It is also a let down to you. To those whose business model relies heavily on insurance company funding, it is a let down to the insurance adjuster and a corresponding compromise of the likelihood of further referrals.

The insurance adjuster who has been funding the care wants answers. You “should have been” better by now. If your therapists have any hope of an extension of insurance funding, they have to convince the adjuster that more care will bring about more recovery. Once again, though, there’s a failure.

It seems inevitable that the finger starts to point in your direction. Maybe you haven’t done enough to participate in your own recovery. Perhaps you’re pretending that you still have pain, or exaggerating your symptoms. We all know or have heard of the leeches among us who laugh about a claim settlement achieved through dishonest means.

Please, by the way, aggressively report those people not only to the insurance company they have cheated, but also to the police.

You haven’t been told the medical science that some people simply never recover from soft tissue injuries. You have been unlucky once when someone’s inattentiveness at the wheel caused you injury and further horribly unlucky to fall within the small percentage of people whose soft tissue injury has resulted in chronic pain. You are now being victimized by the stigma the leeches of the world have caused. Instead of being supported and consoled, you are being looked at with suspicion.

The insurance company, if it’s ICBC, is likely to send you to a medical specialist, the likes of whose evidence was referred to in a recent case of Hendry v. Ellis, a decision released early June, 2015. It took cross-examination to get that specialist to admit to the medical statistics that he left out of his medical report and, essentially, admit the obvious reality that Ms. Hendry fell into that small percentage.

Quoting from the decision: “He admitted that numerous medical studies have been published…that 3-15% of people continue to have pain after a soft tissue injury and that by definition, Ms. Hendry is in that percentage of people.”

If you continue to have pain after a soft tissue injury that, statistically, “should have resolved”, you too are by definition within that percentage of very unfortunate people. If you would like validation that you might not be getting from your insurance adjuster, let me know and I’ll send you a copy of the case.