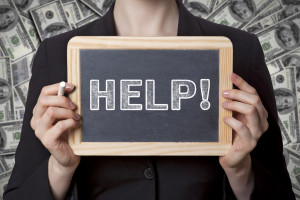 This time, my focus is on the artificial nature of the negotiation of a personal injury settlement and the misleading advice some adjusters give about the consequences of not making a deal.

The adjuster will often make the first offer.  You want nothing more than to be treated fairly.  Negotiations, generally, are uncomfortable for you.  Your discomfort is compounded by your complete lack of familiarity with this “claim” thing and what settlement amount might be fair.

Many people have told you not to accept the insurance company’s first offer.  You follow that advice and reject it.  The adjuster will ask you how much compensation you think is fair.  Of course, you don’t have a clue.  You fear being perceived as greedy if you respond with too high a number.

I’ve written before about negotiating the purchase of a beautiful stone carved chess set while vacationing in Mexico.  I had no idea what it was worth.  I didn’t want to seem greedy or insulting by offering too little in response to the $200.00 price tag, but I also didn’t want to be ripped off.  I ended up being ripped off!

The reality is that it doesn’t really matter what number you give the adjuster.  The adjuster is working within a fixed “authority” of compensation he or she is permitted to offer.  If you have reached a plateau in your symptoms after following every medical recommendation available to you, such that your symptoms are likely to continue indefinitely, that “authority” will never come close to fair compensation.

Yes, the offer will increase.  That “don’t accept their first offer” advice will turn out to be good advice.  Perhaps a bit of back and forth will ensue.  On reaching that authority, the adjuster will be firm that it is all the compensation he or she can or will offer.  Often, your choice will be described as one between settling your case at that amount or going to trial.  I have also heard of some adjusters saying that if you choose to “lawyer up”, that offer will be off the table, insinuating that their settlement position might go down.

Not having any idea that the offer is completely outside the ballpark of fair, and fearful of a trial, you are likely to accept the offer.

The truth is that the adjuster you are dealing with is only the start of the negotiation.   “Lawyering up” automatically results in a new adjuster being appointed and a completely different “authority” process.

Another truth is that trials are required in only a very small percentage of personal injury claims.  It’s absolutely not a choice of “accept this or go to trial”.  The true choice is to “accept this or hire a lawyer and the negotiation will continue”.

A trial is necessary only if, after a prolonged, further negotiation, the much higher new level of authority is so far below what is fair that you decide to go through the process in order to achieve justice.