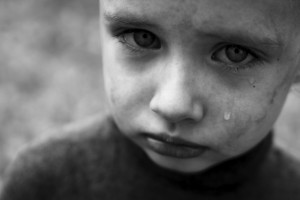 The words, “child pornography”, trigger mixed feelings of revulsion, sadness and rage deep in my chest.  My feelings, of course, are widely shared.  The rage is against anyone who sexually abuses the most innocent and vulnerable among us; revulsion is at the thought that anyone could derive sexual pleasure from seeing images of that abuse; sadness is for the victims.

Child pornography is a runaway train.  One estimate is that there are over one million pornographic images of children on the internet, with approximately 200 new images being added every day.

We hear about criminal prosecutions of those caught accessing or possessing child pornography, most recently of the reporter from Peachland.  It is the more prominent offenders who make the most of a news splash, their careers destroyed because they couldn’t resist indulging the sexual perversion they would undoubtedly give anything to be rid of.

I have risked scorn among my friends for suggesting that those who access child pornography might be victims themselves.  It has seemed harsh to me that lives and careers are ruined by an offence that might seem to be victimless:  By clicks of a mouse, they are accessing, in what they hoped would be the privacy of their homes, images that are already “out there”.

There is, of course, the obvious argument that accessing the material feeds the market that drives production, leading to more and more abused children.

There is another factor that I had not considered, which came up in a CBC radio program earlier this month:  The impact on those abused children whose images continue to be circulated again and again and again.  On putting my mind to it, I wonder how I could not have considered the re-victimization that must be felt by those now-grown-up victims of child sexual abuse, knowing that the horrible images of their abuse continue to be circulated for the sexual gratification of viewers.

There is a silver lining to this horrible story.  Pioneering United States lawyers are gaining traction in getting financial compensation for these adult victims whose lives were so often ruined by the abuse that occurred when they were children and who continue to be victimized by recirculated images.

Abusers who create images in the first place, if they are brought to justice at all, are seldom able to pay financial compensation for the destruction they have caused.  Among the thousands convicted of viewing the images, however, there is bound to be a high level executive or two with deep pockets.

In the United States, prosecutors must identify the abused children in order to succeed in a prosecution.   You cannot be convicted on the basis of digitally generated images; it must be proven that you are accessing/possessing the images of real children.

As part of the legal process, victims of crimes are notified when perpetrators are brought to justice.  One particular victim whose images have been widely circulated was receiving 30 to 40 such notices in the mail on a weekly basis.

There are laws that allow prosecutors to ask the sentencing court not only to punish a criminal, but also to require the criminal to pay “restitution” to the victim of a crime.  Those laws have been interpreted to allow restitution not just for the harm caused by that particular criminal, i.e. the person caught viewing the images, but also for all the harms arising from the abuse.

That “restitution” law has been used to force one wealthy fellow to pay one victim whose image he was caught accessing several million dollars.  The case is under appeal, and who knows how that appeal will end up, but wow, what an incredible turn of events.

There are those who quite reasonably think that the law can work unfairly, i.e. requiring one of thousands of men who viewed an image, who had no part in creating it or circulating it, to pay the full losses of an abused victim.  The interesting answer to that problem is that fellow’s legal right to track down and claim reimbursement from all the other viewers, and the initial abusers themselves.

Finally, years later, victims of child sexual abuse and exploitation are seeing a window of compensation for the destruction to their childhoods and lives.  I salute those law makers who made this possible, and the lawyers who have done the pioneering work to bring about the justice those laws provide for.