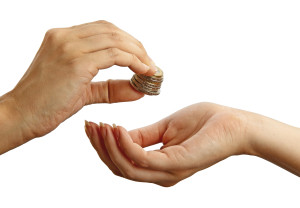 It irritates me when those holidaying in southern destinations giggle openly about leaving the cold behind, and those unable to escape it.  Please believe me that I am not giggling at your expense as I write this while on a Mexican holiday that is becoming a Spring Break tradition for my family.  Instead, I will give you the opportunity to giggle a bit at my expense.

I’ve written before about how my negotiation skills are worthless in a market where I have no idea where the goal posts are.  A beach vendor telling me with a straight face that a five pack of Cuban cigars is worth $100.00 is as believable to me as ICBC adjusters telling injury victims with a straight face their standard bunk that compensation for a soft tissue injury is a maximum of $6,500.00.

I’m not a smoker, but I’ve got a buddy who likes cigars.  He and his family are staying in the same resort where we are staying.

Wander out to the beach and you are accosted by vendors with all sorts of goodies for sale.  My buddy was offered jewellery and, when that didn’t seem to catch his attention, he was offered cigars.

Out came a wooden cigar box containing five Cuban cigars, though of course who knows if they were really Cuban!

Later that same day I was approached by the same vendor.  Expecting to be turned down, I offered $30.00 for exactly the same box, and my offer was accepted.

I wonder how low an offer they would have accepted.  I wonder what a fair offer would have been.

With a Mexican vendor, you can use the “walk away bluff” to try to get to their best price.  My buddy and I should have tried that with the beach vendor.  Bluff or no bluff, walking away from an ICBC negotiation will never lead an unrepresented injury victim to fair compensation.

The adjusters appointed to negotiate with unrepresented claimants have a fixed amount of money to work with.  When they say the maximum they pay for soft tissue injuries is $6,500.00, they are telling the truth.

What they don’t tell you, and to me it is an offensive omission, is that a different level of adjuster is appointed once a lawyer is involved, and that fair compensation for soft tissue injuries can be hundreds of thousands of dollars.

I’ll still be in Mexico when I write my next column.  I will share my experience of being “taken” when renting a car, and the harrowing experience of driving where there is no apparent enforcement of driving rules.