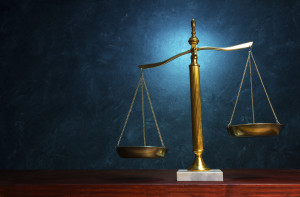 I am going to share something with you that I would be forbidden from sharing if I was in trial addressing a jury.

My reason for doing so is a new ICBC policy.

In my view, the new policy has the potential to cause injustice in jury trials, particularly in light of the rule that the jury is to be kept in the dark about the information I am going to share with you.

It’s not super secret information. In fact, it is simply common sense.

Liability insurance insures drivers in case they cause a crash and a claim is made against them.

If the injured victim must commence a lawsuit in order to protect his or her rights, the insurance company hires and pays for a lawyer to defend the lawsuit.

The driver who caused the crash may not even be served with the legal papers. If he or she is served, however, he or she simply hands them over to the insurance company and they take over.

The negligent driver’s only role in the legal process is as a witness, and that role is very, very limited because it is typically related only to the crash itself.

If the insurance company refuses to pay fair compensation for the injured victim’s losses, there is a trial. Usually, there is no need for the negligent driver to show up at the trial. If he or she is required to testify, it is likely for less than one-half hour out of what might be a two or three week trial.

Why am I not able to share that very basic information with a jury?

I am not a legal historian, but I believe the rule has to do with ensuring that the jurors base their decisions on the proven claim of the injured victim and not on the fact that there is a big, rich insurance company paying the judgment.

With the heavy bias against car crash claimants in our society, I don’t believe that the involvement of a deep-pocketed insurance company ever results in overcompensation to car crash victims.

Unfortunately, the rule has a flip side. If the lawyers are forbidden to mention insurance, and the jury is led to think that the negligent driver has to come up with the money, they might well be inclined to award less than fair compensation.

The jurors might weigh the losses of the injured victim against the notion that the negligent driver might lose his or her house.

This is where the new ICBC policy comes in.

Jurors represent a cross section of our society. They are not dummies. They all purchase liability insurance like the rest of us. They start off believing that an insurance company is going to pay their assessment of the claim.

Jurors might be somewhat confused about why the insurance company is not being talked about during the trial, but generally I don’t think that confusion leads to injustice.

There is mention of the negligent driver being coached about demeanour and presentation during the trial.

They already have their rule that prohibits the injured victim’s lawyer from even breathing the fact that the big insurance company is involved. Now, they have implemented a policy that will encourage jurors to believe the contrary.

The reasonable conclusion made by the jury will be that there must not be an insurance company involved if the negligent driver is actually taking part in the lawsuit.

The result of the new policy, in my view, will be injustice for injured victims. Jurors with homes and savings are human beings who are likely to feel sorry for the negligent driver and award less than fair compensation to the injured victim.

All’s fair in love and war, right? As much as a trial may be a war, it should be all about the pursuit of justice.