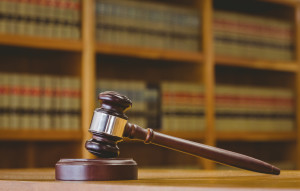 Would an ICBC adjuster actively discourage you from getting advice about your personal injury claim from a lawyer so you won’t know any better than to accept ICBC’s low ball offer?

I have learned from reading an interim court ruling that one of this province’s finest personal injury lawyers, Stephen Gibson, is taking ICBC to task over that very issue. The Vancouver lawsuit is called Coates v. Triance.

Of course, I don’t need to wait for the outcome of that case to know the answer. I know, from those who have not allowed themselves to be taken advantage of, that ICBC adjusters are actively discouraging injured victims from hiring lawyers while trying to settle cases for a fraction of what’s fair.

The interim ruling in the Coates v. Triance case came about because the ICBC adjuster who secured the settlement with the 19-year old injured victim was not forthright in answering questions that had been put to her.

In the words of the judge hearing the case: “Many responses are superficial and unhelpful”. As a result, the judge ruled that the adjuster will be subject to an oral examination by Gibson (click here to read the full decision). It’s one thing to be evasive when giving written answers to written questions. It’s quite another to face the likes of Gibson while under oath. I wish I could be a fly on the wall for that one.

The plaintiff in that case was 19 when she settled her case directly with the ICBC adjuster. It was only about six months after the date of the crash, typically way too early to know the full extent of injury ramifications. Through Gibson, she has alleged that the settlement was “manifestly unfair and unconscionable”.

If you guarantee a mortgage, the bank will require you to obtain independent legal advice before signing the documents. The bank requires you to do so to ensure you go into the deal with full knowledge of your rights. In my view, that should be a minimum requirement of every injury settlement, particularly for an insurance company that uses the slogan “building trust, driving confidence”.

I am not suggesting that every personal injury claimant should have to hire a lawyer. No. I’m just  suggesting that they should be required to take that very simple step of spending a few minutes with a lawyer to get independent legal advice before accepting a settlement.

Instead of making that a requirement, though, ICBC and other insurance companies actively discourage injured victims, including those who are just barely adults, from consulting with a lawyer to get ICBC injury advice. Is that as distasteful to you as it is to me?

Are you, or is someone you know, navigating through the uncertain waters of an ICBC claim?  Most personal injury lawyers will provide free ICBC injury advice, i.e. an assessment of the fair value of your claim, so that you can go into a settlement negotiation with your eyes wide open.

Author’s subsequent note:  As of early 2016, there is no public record of further court decisions on Coates v. Triance, so I assume that the case settled.