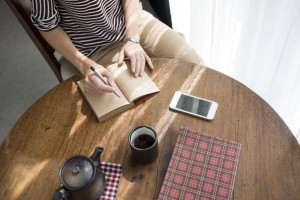 This isn’t the first time I have noted the importance of keeping a diary.

In a prior posting, the context was avoiding innocent discrepancies. Without a photographic memory, discrepancies are inevitable.

However innocent, discrepancies give an insurance company ammunition to unfairly attack your credibility. If you keep detailed notes of how injuries are affecting you, those notes can be used to refresh your memory and help avoid giving that ammunition.

In another posting, the context was ensuring that fading memories of the very real life impacts of crash injuries are not lost. The more vividly you are able to describe how you have been impacted, the more likely you are to receive fair compensation. Your ability to do so will be lost over time unless you make notes that can be used to refresh your memory.

This week I want to address a much more serious context— one where keeping a diary could mean the difference between fair compensation and no compensation at all.

It is rare for pain from typical whiplash type injuries to come on immediately.

It takes time for tissues to seize up and become painful. Crash victims commonly feel perfectly fine at the scene, only to wake up the next morning with serious pain and stiffness.

The pain and stiffness often hit more than one area of the body. Initially, the muscles along the entire spine might be seized up and painful, with pounding headaches. Over time, symptoms often localize in one or more areas. For example, you might end up with pain in the right side of the neck and the lower back.

If you are like most people, you may tell your doctor about what is bothering you the most. Initially, it might be the pounding headaches. Then, it might be the right side of your neck. It might be some time before you mention the nagging lower back pain.

Initially, your lower back might have been the least of your concerns. With being off work for a month and not doing any heavy lifting, the lower back symptoms might have been minor in comparison with not being able to turn your head and those pounding headaches.

All of a sudden you’re back to work and that lower back is what’s stopping you from being able to do your job.

It could be as much as a month after the crash that you first mention your lower back problem to your doctor. Consequently, that’s the first time your lower back injury is noted in a doctor’s clinical records.

Fast forward two or more years when your case is being assessed by a medical specialist hired by the insurance company.

By this time, your neck and headache symptoms have thankfully resolved. The only ongoing problem is your lower back. It’s a serious problem. It’s still preventing you from returning to your job.

The specialist has been given a copy of your doctor’s clinical notes. He or she sees there is no record of your lower back problem until a month after the crash.

When questioned, you cannot remember when the lower back pain came on. A lot of time has passed. You remember the neck pain and headaches within a day of the crash because they were the most serious problems for you initially.

Your first specific recollection of lower back pain was when it stopped you from returning to work about a month after the crash. You have no recollection that it came on initially with your other symptoms. You cannot remember because your lower back symptoms did not seem significant until you returned to work and were unable to do your job because of it.

Given the clinical notations as to the onset of lower back pain and without your specific recollection to the contrary, the insurance company’s specialist will likely give a medical opinion that the lower back pain was not caused by the crash. Your own doctor and specialist might reasonably come to the same conclusion.

You are flabbergasted. What else could have happened to bring on this lower back pain? Your lower back was fine before the crash, and now you are left with a permanent disability because of it. The only thing that happened between then and now was the crash.

As much as it may seem obvious to you that your disabling injury was caused by the crash, it may be similarly obvious to medical specialists that it was not because it took so long to materialize.

Without medical opinion evidence to support your case, you will get no compensation for what has turned out to be your most significant injury.

How could this nightmare have been avoided? Had you kept a detailed diary of your symptoms during that first month or two, you could have refreshed your memory.

You would have been able to tell the medical specialists that you suffered lower back pain right from the outset, along with all your other symptoms but didn’t mention it to your doctor until it became the most serious of your symptoms.

When symptoms come on, and they progress over time, are critical factors when considering whether or not they will be found to have been caused by a crash.

Start keeping a detailed diary of your symptoms immediately following a crash, including the ones that may seem insignificant so you are not robbed of fair compensation by a faded memory.