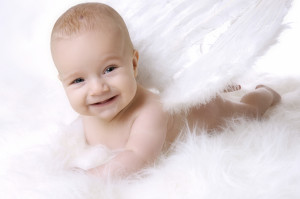 Sometimes legal rights can seem like that game you play with a baby who thinks you’ve disappeared because you are out of view, but then you pop your head up from under the table and say: “peak-a-boo”.

The baby giggles in that game.  ICBC is not giggling after a March 26, 2013, decision of British Columbia’s Supreme Court, the result being that an injury claim ICBC thought had disappeared, popped back up from under the table.

The case might have implications extending far beyond that one injury claim.  A whole lot of innocent victims might end up popping their heads over the table, each with their own “peak-a-boo”.

There is a sweet irony involved.  It was an ICBC negotiating tactic, an unfair one in my view, that allowed new life to be breathed into a claim that would otherwise have passed in the night on the on the 2nd anniversary of the crash date.

The negotiating tactic has ICBC using their “building trust, driving confidence” brand, which they have built as a Crown Corporation, effectively using our tax dollars, to convince an injured victim that their settlement offer is a fair and reasonable one.

ICBC sends you a settlement cheque accompanied by a “Settlement Proposal Document” that explains: “This payment is being tendered by ICBC as a fair and reasonable assessment of the above-noted claim.”

In this particular case, the letter enclosing the cheque included the seemingly kind words “At this time we would like you to have access to the funds that we feel represents a fair settlement.”

Believing in the “building trust, driving confidence” brand, the injured victim has no idea that ICBC settlement offers are regularly small fractions of “fair and reasonable”.

The cheque and “Settlement Proposal Document” are delivered to the injured victim before that magical two year deadline that applies to most car crash injury claims.  It’s an unfortunate deadline, because it typically takes longer than two years before a permanent prognosis for car crash injuries can be provided.

“Fair and reasonable” compensation for an injury depends on what permanent symptoms the victim ends up with.  At the two year mark, there is usually still optimism that there might be a full recovery.  Settling  a claim before waiting out that optimism is a recipe for woefully inadequate compensation.

I’ll explain where the “peak-a-boo” comes in.

ICBC had applied to the Court to dismiss the claim of injured victim, Mr. Coombs, who had missed the two year deadline, having waited to engage a lawyer to commence his lawsuit until after the second anniversary of the crash.  Instead of dismissing the claim, the court held that ICBC’s negotiation ploy had the effect of extending the limitation period.  “Peak-a-boo”, the claim will proceed.

If this negotiating tactic was used on you, or someone you know, please consult with a personal injury lawyer immediately.  You might have a 2nd chance to find out what fair compensation really means, and be able to require ICBC to pay it, giving ICBC your own “peak-a-boo”.

The decision of Coombs v. LeBlond Estate can be found on the Supreme Court of British Columbia web site.  I would be happy to provide you a link.