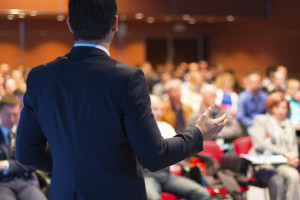 My daughter, Cassidy, is in grade 6.  She had a Spring Break school project to write a speech.

My memory of school work around that time of my scholastic development is more along the lines of using pencil crayons to colour maps.  There’s no way my grade 6 self would have been writing and delivering speeches!

At my wife’s urging, she chose my “One Crash is Too Many” awareness campaign as her speech topic.

I live and breathe this stuff, but my 11 year old daughter needed to get up to speed.  She has been in and around it, but in order to write about something you have to really  understand it.

We gave her the link to the campaign web site, onecrashistoomany.com, and gave her some other materials to read, but interviewing me was a key feature of her research.

She had lots and lots of questions.  I faced a lot more “Why?” and “I don’t get it” than I expected.

One of the key awareness points of the campaign is the significance of car crash injuries.  Victims regularly walk away from crashes with no visible injuries.  In fact, the victims themselves regularly feel no symptoms at all at the crash scene.  It’s not until later that day or evening when your damaged tissues start tightening up and becoming inflamed, and it’s often not until the next morning when you wake up hardly able to move.

It’s often not until months or years later when a permanent prognosis of what the victim will have to endure for the rest of his or her life can be given with any reliability by a medical specialist.

Yes, from time to time there will be extremely violent head-on crashes putting victims in critical condition or resulting in deaths, just like from time to time we hear about other freak occurrences.  The loud and clear message to the driving public is that the most serious consequence of the day to day car crash is the deductible you have to pay to get your car repaired.

I found myself struggling to explain to Cassidy the concept of how someone can suffer what turns out to be a very serious injury, with very little or zero indication of injury at the time it is sustained.

Our Spring Break, sun soaked Mexican holiday provided an excellent analogy that Cassidy easily understood.  It’s like a sun burn.  Yes, as careful as we tried to be, there was a sun burn or two.

As you splash and play in the pool, unprotected skin is burning.  You, and those around you, have absolutely no awareness of the damage as it occurs.  If you could feel the tissues burning, you would immediately apply sun screen or cover up.

You can’t feel it.  It’s not until that evening when those around you start commenting on how red your back is.  It’s not until you step into the shower the next morning and scream out in pain that the full extent of your burn is apparent.

Please think of that analogy the next time you hear about a report of “no injuries” or “minor injuries” in a media report about a car crash, and please forward a copy of this column to the reporter.