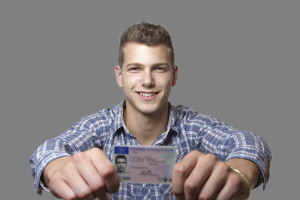 I quoted those words directly from section 26(1)(b) of the Motor Vehicle Act.

During my early lawyering years, my practice included debt collection.  The laws of British Columbia allow for all sorts of steps to be taken to “encourage” payment of debts, including seizing assets, garnishing a debtor’s employer or bank accounts, and even jail if a judge has imposed a monthly payment plan.  I quickly learned, though, that pushing too hard was counter-productive because debts can be wiped out through bankruptcy.

We have decided, as a society, to give our citizens a fresh start if debts become unmanageable though the Bankruptcy and Insolvency Act, which is a piece of federal legislation.  Some of our laws are passed by the Government of Canada, and some by the Province of British Columbia.  This one, being federal, applies to the whole of Canada.

Under the Bankruptcy and Insolvency Act, the various enforcement steps I listed are prohibited once bankruptcy steps are initiated.  Technically, the debt is still owed, but practically speaking it is as if the debt is wiped out because the creditor is prohibited from taking any steps to collect it.

The debtor’s assets, and income during the period of the bankruptcy, are handled by a trustee who makes orderly allocations to debtors according to well established priorities.

The Motor Vehicle Act provision I quoted gives the Insurance Corporation of British Columbia a special strong-arm tactic to collect money.  ICBC doesn’t have to garnish your bank account nor haul you before a judge.  They don’t have to take any active steps, which are specifically prohibited on bankruptcy initiation.  They can simply refuse to issue you a driver’s license.

That special strong-arm tactic has allowed ICBC and other provincial insurance companies to collect debts owed to them even after a person has initiated a bankruptcy because, technically, the collection tactic does not involve the active collection steps prohibited by the Bankruptcy and Insolvency Act.

A recent case out of Ontario has successfully challenged this strong-arm tactic.  Judge Goldstein, in an April 12th, 2013 decision, decided that the Ontario version of ICBC’s strong-arm tactic is in conflict with the Bankruptcy and Insolvency Act and therefore is inoperative to the extent of the inconsistency.

I am no authority on the matter, but it seems to me that that the reasoning of Judge Goldstein should apply equally in British Columbia.

Aside from legal technicalities, if we as a society decide that our citizens who become overwhelmed with debt should be given a fresh start, in my view that fresh start should include being able to get a driver’s license.  A driver’s license is often absolutely necessary to earn a living and support yourself and your family.

Whether it is by a legal challenge, or simply “doing the right thing”, I wonder if ICBC’s use of this strong-arm tactic is likely to change any time soon.  I invite anyone interested in challenging ICBC’s refusal to issue a driver’s license on initiating bankruptcy proceedings to e-mail me for a copy of the Ontario case.