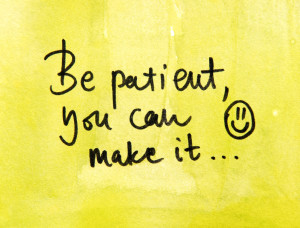 How long does it take for a motor vehicle accident claim to wind its way through the Courts and why?

This is the second time I am pulling from a list of questions provided to me by an expert witness I had hired to provide opinions in a recent trial.

The trial was last month, in September, 2014.  My client had been injured in a car-pedestrian collision that had occurred over four and one-half years earlier on January 26, 2010.

This case happens to be representative of an overall average of approximately four and a half years from the time of a crash to the time of resolution of claims in my practice.

For the vast majority of claims I handle, it is not “winding through the courts” that causes the delay.  In fact, the majority of ICBC claims settle without the need for a trial.

What takes so long?  Fair compensation includes compensation for your injuries and losses up until the date of the settlement as well as those into the future.  It takes time for your future losses to become clear.

That makes sense, doesn’t it?  One or two years of symptoms is nothing compared to chronic symptoms that never resolve.

Early on after a crash, there is overwhelming optimism for a full recovery.  It is good to be optimistic.  If you settle your claim on the basis of an optimistic outcome, though, what happens if things don’t turn out as you had hoped

I recommend waiting out the optimistic prognosis, which usually takes in the range of two and a half years.  If your injuries resolve over that period of time then great, you can accept a relatively quick settlement for a temporary injury.

It is during this phase when you are likely to be referred for pain management care and we see whether or not and to what extent that care might improve your functioning and quality of life.

Up until that point you might have been managing your work pace with the optimism that you will recover.  Now is the time to feel out how realistic it is for you to maintain that pace for the balance of your career.

Every step of the way, ICBC will be chomping at the bit to settle your case, knowing that the earlier you settle the more likely you will fail to appreciate the full extent of your future losses and accept far less than fair compensation.

It is not “winding through the courts” that takes the time to resolve cases, it’s the simple reality that fairness is maximized the clearer we can see the future, and it takes time to achieve a clear vision of your future.