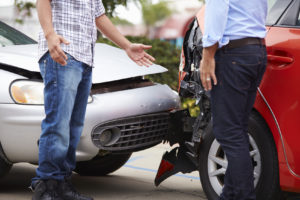 Is a rear-ender collision always the fault of the rear-ending driver?

I have proposed, for inattentive driving, similar roadside penalties as are imposed on impaired drivers.

To avoid unfair application, I proposed that they be imposed only “in that ridiculous rear-ender scenario that ‘on the face of it’ could not have occurred had the rear-ending driver been attentive”.

If there is any uncertainty about how the collision occurred, i.e. any alternative explanation for the rear-ending collision besides a glaring lack of attention to the road ahead, no penalty would be imposed.

My proposal raises the issue what those alternative explanations might be.  The very recent court decision of Bingul v. Youngson, 2016 BCSC 1868, released October 12, 2016, gives us an example.

The truck, along with the excavator-loaded trailer it was pulling, had a total combined weight estimated at 44,000 kgs.  The Toyota weighed something under 1,500 kgs.

Mr. Youngson tells a completely different story.  He says that he had a clear lane ahead of him as he was approaching a traffic light that had turned yellow, and that he had been braking and down-shifting to prepare to stop.  When he was about 30 feet from the stop line, sufficient distance to bring 44,000 kgs of truck and trailer safely to a stop, Mr. Bingul cut in front of his truck, cutting his stopping distance in half.

Madam Justice Baker reviewed the case law that has developed with regard to rear-ender collisions.  She started with the following quote from a previous case: “…when one vehicle hits another from behind, the onus is on the driver of the rear vehicle to show that the collision was not caused by his or her fault…”.

She continued with this quote from the same case: “But while liability for a rear end collision usually rests entirely with the following driver, that is not an invariable result…”.

What do you do, as a judge, when you have two people with completely different stories about what happened?

After reviewing all the evidence, Madam Justice Baker decided to accept the version of events given by Mr. Youngson.  She concluded as follows:  “Mr. Bingul was aware that there was a large and heavy vehicle in the lane.  I conclude that it was solely Mr. Bingul’s sudden and negligent move into the lane of travel of Mr. Youngson’s large and heavy vehicle that created the risk of collision and resulted in the accident.”

This is a lesson to those who dart in and out of traffic in an effort to get to the very front of the line at an intersection.  Big trucks can’t stop on a dime, and you put yourself in danger when you dart in front of 44,000 kgs of truck that’s slowing for a light.

Another lesson is that some people really are dishonest enough that two completely different stories can be told about the same collision.  It is advisable to get the names and contact information of witnesses at the scene of a collision even if, from your perspective, liability could not possibly go against you.  There is always the possibility that the offending driver will lie through their teeth.