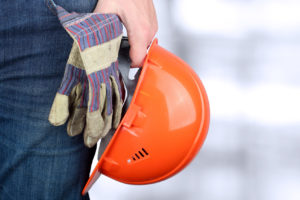 “As a matter of ordinary human experience and common sense, a person’s ability to tolerate chronic pain diminishes with age”.

Those are the words of Madam Justice Griffin in her decision of Davidge v. Fairholm, 2014 BCSC 1948.  She was considering what, if anything, to award Mr. Davidge for income losses he might suffer in his future.

Mr. Davidge was a young man working in a physically demanding job in the oil fields.  He had been injured in a rear-ender crash, but had managed to work through his pain and progress with his career.  His income losses in the over 5 years between the crash and the trial were assessed at only $16,500.00.

He had retrained into the railway industry and had proven himself capable of doing his job even though he was suffering from neck and back pain.  He was no longer missing any time from work due to his injuries.

Evidence established that “he has incredible drive, a work ethic, a huge sense of responsibility to his intended wife and stepchild and that he will do everything in his power to maintain his current career”.

The typical ICBC argument in these circumstances is: “the past is the best indicator of the future”.  Indeed, the defence in this case took the position that he should be awarded nothing on account of future potential income losses.

Fortunately, the court looks at all factors, not just whether or not you can make it through your work day.  Your incredible work ethic might have gotten you this far, but a fair assessment of your future losses requires a much deeper analysis.

Mr. Davidge was fatigued and irritable coming home from work, and he was having to use prescription medications to help him sleep through his pain.

A medical specialist noted that Mr. Davidge’s physical limitations were unlikely to resolve and he was vulnerable to further injury, opinions that Madam Justice Griffin accepted as “common sense”.

His physical limitations would prevent him from returning to more physically demanding jobs.  If he lost his current job, for whatever reason, he would have fewer employment options open to him.

The law does not require you to prove the impossible, i.e. that you absolutely will suffer income losses in the future.  It does not even require proof that those losses are “more likely than not”.  The legal test is whether or not there is a “real and substantial possibility” of future losses.

Madam Justice Griffin concluded that there was.  She assessed those losses at $250,000.00, which was the rough equivalent of two years income for Mr. Davidge.

The defence in that case pointed to Mr. O’Brien not having missed any regularly scheduled shifts since completing a graduated return to work four years previously, and took the common ICBC position that he was not entitled to anything for a “loss of capacity to earn income”.

Mr. Justice Pearlman made specific reference to the words of Madam Justice Griffin that I quoted at the beginning of this column as part of his detailed analysis.  He awarded the rough equivalent of 18 months income in his assessment of Mr. O’Brien’s future losses.

Don’t let an insurance company’s “the past is an indicator of the future” argument get in the way of fair compensation.  Highly motivated, stoic people who successfully work through their pain are entitled to compensation for the risk they will suffer income losses in the future, provided that risk is assessed as a “real and substantial possibility”.