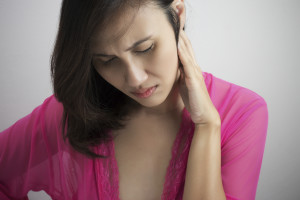 I get lots of reminders of how lucky I am not to live with pain, and how very quickly that could all change.

An extra strong reminder came during one of my client consultations this past week.

My client is in one of the construction trades. You can tell by looking at him that he makes a living doing heavy work. He has a young family. Like most men in our culture, his role as a provider is a big part of what defines him. He works hard. He makes a good living.

He is the man of the house. He takes out the garbage; mows the lawn; carries in the groceries; shovels the snow. He is looked to by his wife and his kids if anything heavy need to be done. His strength is a large part of what attracted his wife to him, or at least that is what he believes.

His kids look up to him as a giant in their lives; someone who is invincible and all powerful. It would take more than whacking his thumb with a hammer to make him complain. He is a model for his kids. He’s not going to raise complainers. He is a daddy.

The crash happened almost four years ago. He has suffered unrelenting pain ever since. He has continued to work. Yes, it’s difficult for him. Yes, he has to do things differently. Yes, he has been struggling to find a way he can earn a good living doing something less physical.

For the first several months following the crash, things weren’t much different. Yes, he was dealing with pain, but he was able to see the light at the end of the tunnel. Over time, however, that light has been getting dimmer and dimmer and dimmer.

There is a downside to being optimistic about a full recovery. It might be the very best thing in most cases, but with injuries that do not resolve, I have seen so much utter disappointment. I learned something when I met with this fellow this past week. I learned something that I hadn’t fully clued into during the years that I have handled personal injury cases.

What I learned was that the big piece for this fellow, and likely for many others, is not the pain that they are enduring. The big piece is the impact that pain has on the very things that make them feel worthwhile.

It is the daily reminder that he might not be able to continue providing for his family. It is the inability to do the things that had traditionally positioned him as the man of the house.

What burns this man more than the pain is hearing the elder of his two kids tell the younger not to jump on him because of his back injury; his youngest child regularly asking him how his back is doing; his wife going to do the heavier things that he would otherwise have done.

He does whatever he can to minimize these occurrences. He pretends to his wife that he has energy when he gets home. He pretends to his kids that everything is fine. He spends so very much energy pretending: keeping that stiff upper lip that his daddy taught him to have and that he is trying to pass on to his kids.

He told me about a family outing to the Armstrong Fair. They had packed some water bottles and snacks in a backpack. There’s no way this fellow was going to let his wife carry it. No way. Off they went. The kids were excited and happy about being at the fair. His wife was caught in the moment of an exciting day for the family.

The back pack began to feel heavier and heavier. Far from enjoying the family outing, my client was in a constant struggle not to ruin things for his family. He wanted his kids to enjoy themselves, not be concerned about their formerly invincible giant.

His wife couldn’t help but notice the grim look on his face. He had to hand over that bit of his identity and let his wife carry the back pack. Within the last couple of months he has been put on antidepressant medication. Not even an invincible giant can withstand chronic pain this long without needing help.

I am powerless to take away this man’s sad reality. What I can assure him, though, is that I will do whatever I can on his behalf to achieve fair compensation from the insurance company, and that I have faith in our system of justice that this result will be achieved.