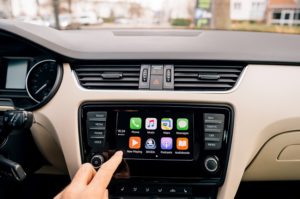 There was no messing around with the cause of intoxication.

What if our government had done that, though. What if they had prohibited only beer induced intoxication. And that intoxication form other substances remained legal.

Ridiculous, I know. But please stick with me.

The driving public would have been confused.

We trust our government to pass road laws that will keep us safe.

But it must be. Why else would they have done that?  There must be some science behind it.

Would that have improved road safety?

The driving public would be lulled into thinking that intoxication isn’t really the problem. It’s that particular beer intoxication that’s unsafe.

There would be less beer drinking. But the overall level of intoxicated driving would go up.

What an idiotic law!  What irresponsible road safety policy!

But that’s exactly what our government has done with distracted driving.

Gotta hand it to the government. They did their research. They did a comprehensive review of the science behind cell phone use and driving in 2009.

Quoting from the Executive Summary of their Discussion Paper https://www.hlaw.ca/wp-content/uploads/2020/02/Discussion-Paper.pdf: “Evidence also concludes that there is no difference between the cognitive diversion associated with hands-free and hand-held cell phone use”.

They looked at what other governments were doing. They noticed that others were banning only the hand held behaviour.

They considered what impact that might have on road safety. And they specifically recognized the danger:

“Legislation that bans only hand-held cell conversations conflicts with the research that has consistently found no difference in the degree of distraction between hand-held and hands-free cell conversations. As a result, these laws may not provide the expected benefits and may even generate harmful indirect impacts such as a false sense of security for those who talk on hands-free devices while driving.”

The ignored the results of their own research that other governments presumably had not done their due diligence to canvass.

They followed in the footsteps of other governments and banned only hand-held cell phone use while driving.

As predicted, the idiotic law did nothing to reduce cell phone use while driving.

Cell phone users simply purchased hands free technology. Those who had previously thought it was dangerous were lulled into a false sense of having been led to believe that it was safe. Overall cell phone use while driving went up instead of down.

A downward trend of crash statistics in British Columbia stalled, and then reversed.

How did we respond?  We doubled down on that idiotic law. Penalties for hand held cell phone use while driving went up effective June 1, 2016. While the identically dangerous hands free behaviour remained legal.

We did it again with another increase as of March 1, 2018. In the lead up to that change, our Attorney General at the time was quoted as saying: “Once implemented, this change will treat distracted driving as the serious high-risk behaviour that it is; one that is on par with impaired driving and excessive speeding”.

You’d think the government had shares in hands-free technology!  Or had some incentive to fill our hospitals. Or to drive ICBC into the ground.

Because they still had the science in their hands. They had done their research. And nothing had changed. In fact, there have been more recent studies indicating that hands free cell phone use (particularly voice to text) might be even more dangerous than texting manually.

I’ve written on this topic a number of times. I’ve lobbied my local MLA and the premier to change this idiotic law. I’ve met with the West Kelowna and Kelowna mayors asking that they show leadership by imposing policies prohibiting municipal employees and contractors from cell phone use while driving. I’ve lobbied CBC radio to show leadership by not taking calls from those talking on cell phones while driving. I’ve circulated a petition on change.org https://www.change.org/p/government-of-british-columbia-ban-all-cell-phone-use-while-driving.

Anyone else’s blood boiling about this issue?  Please share this column with others. And contact me directly if you have the passion and energy to help make a change.