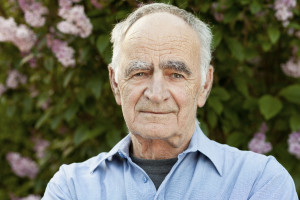 I had written about a new ICBC policy that I had described as an “attack on justice”, in a column published July 13, 2008.

Here we are over three years later and the policy is alive and well.

In the case I was handling, though, the policy was not only an attack against the injured victim seeking fair and just compensation; it was also an attack on the elderly driver who had caused the crash.

To understand the insidious nature of the policy you need to understand how injury claims work.

Most people believe that a personal injury claim is a claim directly against the insurance company.

It is a reasonably held belief.  You do the “dial-a-claim” thing and an insurance adjuster deals with you directly, right through to the negotiation of the settlement of your claim.

You never deal with the driver who caused the crash.  In fact, in most cases the insurance company doesn’t either.  The offending driver pays a deductible goes on his or her merry way.

The reasonably held belief is wrong.  Technically, your claim is not against the insurance company, it is directly against the offending driver who caused your injuries.

It is a technicality because everyone in British Columbia is required to have liability insurance.  That’s what you are paying for when you register your vehicle.  Liability insurance passes on the responsibility to pay the claim to the insurance company.

What difference does it make?

Let’s say you are called for jury duty. You look out into the courtroom from the jury box.

You see an elderly lady sitting there. You learn that she was the offending driver who blew through a stop sign.

The lady sits there day after day, through the entire trial.

You are shown legal documents that show that the lawsuit is against the lady, personally.  ICBC isn’t mentioned at all in the paperwork.  ICBC isn’t even mentioned during the trial because the law in British Columbia prohibits telling the jury what I am telling you in this column, that just like in every other motor vehicle crash claim in British Columbia, ICBC is the one who will be paying the claim.

What are you going to think?

You are likely to believe that this case is different, that ICBC is not involved and the elderly lady is the one who will be paying whatever amount of compensation you award for the injured victim’s losses.

You are likely to feel sorry for her. You are likely to be distracted from your true task of assessing the losses. You may, trying your best to be fair, attempt to strike a balance between those losses and the fear that the elderly lady might lose her home.

The reason why I know that this affront to justice is alive and well is that the policy reared its ugly head in one of my cases that had been scheduled for a trial this Fall.

When scheduling a standard pre-trial examination of the offending driver, my assistant was told that she was 80 years of age, had no recollection of the crash, her husband had just died, and she had been in tears when the ICBC lawyer’s office had called her.

I had agreed not to cause the lady additional stress. I agreed not to proceed with the pre-trial examination on terms, one of them being that ICBC not require her to attend the trial.

I struck that deal with the ICBC appointed lawyer.  When the insurance adjuster found out, though, he had to get out of the deal because of the ICBC policy.

I, the lawyer representing the injured victim, was willing to save this elderly lady the stress of a pre-trial examination that would have taken no more than about fifteen minutes.

On the other hand, her own insurance company wouldn’t bend their policy which would have led not only to the requirement that she attend the fifteen minute examination, but also the full week of trial.

If I cannot embarrass ICBC to change their policy by pointing out the attack on justice against injured victims, I wonder if there is another avenue of attack. I wonder how many insured drivers have had to sit through days and weeks of trial because of this policy, sustaining uncompensated income loss.

If you are one of those victims of the policy, I encourage you to seek legal advice.  I expect that the policy breaches ICBC’s duty to treat you with good faith in their defense of the claim against you.