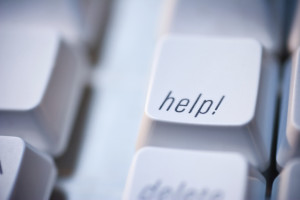 There’s a big difference between can’t and won’t.

Don’t say you can’t when the truth is, you can, but won’t.

If you don’t want to, then say it. You may not seem very nice but at least you will be honest.

Car crash claims often result in a period of financial hardship for injured victims. Often, there is a period of time that they are disabled from working. This period of time could be as brief as a few days or could be an indefinite time. Even if there is no income loss, there are treatment expenses.

For the majority of society who live paycheque to paycheque, any unexpected expense presents a problem. Some people are able to resolve the problem by borrowing money. Others haven’t got the credit. People often turn to an insurance company. They do this without realizing that the insurance company is looking after its own interests, not the interests of the injured claimant.

The insurance adjuster regularly tells people he or she can’t relieve the hardship. The adjuster can’t provide a few hundred dollars to assist with paying user fees for physiotherapy or other treatment nor can he or she top up wage loss to make up the difference between disability benefits and actual income loss.

In the context of a paycheque-to-paycheque existence, these are big dollars. A few hundred dollars can determine whether or not there are gifts under the tree, at Christmas, or even food on the table. The injured victim is in a vulnerable position.

In the context of the person’s claim, however, these dollars are relatively small.

Treatment expenses and past income losses typically amount to a very small percentage of a total claim. The insurance company is responsible to pay that claim.

The thing is, it cannot be forced to pay the claim until the claim has been finally resolved by way of a settlement or a court judgment.

There is absolutely nothing whatsoever in the law that prevents an insurance company from paying a small portion of the claim up front.

But that’s not what they usually tell injured people who are turning to them for help as a last resort to help with treatment expenses.

How’s that for putting pressure on a claimant to settle a claim.

The insurance adjuster knows well a settlement early in a claim, at a time when the future medical and employment ramifications of the crash injuries are unknown, is horribly unwise and results in unfair settlements. I wish they’d just tell the truth.

How would this sound:

If they told the truth, then insurance claimants would realize an insurance company is really not on their side.

They would clue in that the company’s goal is to pay out as little as possible on claims, not to look after the claimants. Fairness is not the company’s mandate.

By saying it can’t, it is implying that it would if it could. It is playing into the odd public perception that insurance companies really are fair. And that makes my skin crawl.