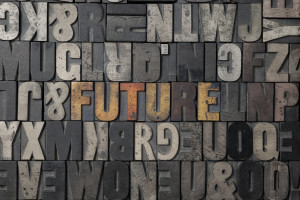 Our Court of Appeal, in a decision released February 9, 2012, has given its endorsement to an important application of common sense by a trial judge.

Like the vast majority of car crash victims, Ms. Morlan had sustained “soft tissue injuries”.  It is unusual, with the use of seatbelts, to suffer a “hard tissue injury”, i.e. a fracture.

As all too commonly occurs, the soft tissue injuries developed into a chronic pain condition.  That condition had plateaued, meaning that it had stabilized.  She managed her pain with both prescription and over-the-counter medication.

Mr. Morlan was a “workaholic” executive secretary who had missed only a day and a half of work as a result of her injuries.  She did not claim any income loss to the date of the trial.

The main issue on appeal was whether or not Ms. Morlan should be compensated for the possibility that she might lose income in the future.

The trial judge applied what the Court of Appeal described as “common sense”.  In the trial judge’s words:  “…common experience dictates that as one moves into one’s latter years the ability to work in spite of a condition that drains one’s energy diminishes.”

The trial judge relied on that common sense notion, as well as other factors, to make a substantial award to compensate Ms. Morlan for a loss of future earning capacity.

The Court of Appeal disagreed.  Quoting from the Court of Appeal decision:  “Accepting that, to use the expression used at trial and at the hearing of this appeal, Ms. Morlan’s condition had ‘plateaued’, the fact remains that she would suffer from debilitating chronic pain along with headaches, symptoms that could be reduced, but not eliminated, by medication.  In other words, throughout each and every day of her life, Ms. Morlan would have to cope with some level of discomfort.  In my view, it was open to the trial view to find – essentially as a matter of common sense – that constant and continuous pain takes its toll and that, over time, such pain will have a detrimental effect on a person’s ability to work, regardless of what accommodations an employer is prepared to make.”

The Court of Appeal did reduce the trial judge’s compensation award, but upheld a significant portion of it on the strength of that application of common sense.  In the result, Ms. Morlan ended up with $275,000.00 of compensation for her loss of future earning capacity.

Remember, this is a lady who stoically worked right through to the day of trial, missing only a day and a half of work.

You can find the trial decision as well as the decision of the Court of Appeal by going to www.courts.gov.bc.ca and typing “Morlan” into the “Case Name” search bar.

I’ve got to hand it to the two fine lawyers who achieved justice for Ms. Morlan, namely John Cameron and David Kolb.