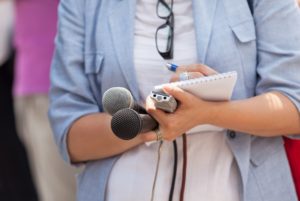 Pissed off by my last column? I’m just getting started.

I took aim at news media for headlines such as “Icy roads cause crashes”, but of course my primary target was driver attitudes.

Blaming icy roads sidesteps the uncomfortable truth: the vast majority of ice related crashes would be eliminated if we simply drove the conditions.

It’s normal and natural to blame anything and everything before looking squarely at ourselves.

Doing so in the media is a powerful reinforcement of that accountability avoidance. Rather than mirroring and reinforcing bad driving attitudes, my hope is for the incredible power of the news media to help change them.

We’ve all heard that the 1st step in the right direction is admitting we have a problem. Quoting from a random internet source, “Denial is a large part of addiction, and breaking through self-deception can be very difficult.”

Is that a ridiculous analogy? Driving attitudes to drug and alcohol addiction?

We are certainly in denial about our driving! And our self-deception must be broken through if we are going to make any headway.

How do the regular, every day crashes get reported in the media?

The basic facts of what occurs are reported. Not the true cause.

A vehicle crossed the centre line into oncoming traffic; a stop sign was blown; a rear-ender.

We think to ourselves that we would never do those things. We know the rules of the road.  We’re safe drivers.

I’m relying on data analysis performed by safety expert Steve Casner who analyzed U.S. data and concluded 23-30% of all crashes are rear-enders. I’d like to quote British Columbian statistics but I cannot because they seem not to exist.

Did any of those rear-ending drivers consciously decide to drive into the back of the other vehicle? Were any of them confused about the rules of the road?

Just like the vast majority of those who crossed the centre line and blew stop signs, they were simply not paying sufficient attention to the important task at hand.

They were in denial that their level of driving awareness was safe and sufficient to avoid causing a crash.

In denial that as long as they kept their eyes on the road, they could juggle a cell phone discussion along with processing all the important information coming through their windshields.

In denial that they could plan their day, daydream about their love interest or otherwise engage their conscious thoughts and attention while safely navigating their vehicle.

And most of you reading this are in denial as well.

I know, I know. You’re a safe driver. You’ve never caused a crash.

That logic is about as failed as: “I can safely shoot up. I’ve never died of an overdose”.

Inattentive driving works most of the time. Continually reinforcing your self-confident sense of denial.

You’ve just been lucky. Eventually, that luck will run out.

What if the news media chose to go beyond the basic facts and report on the true cause of crashes when reporting about them?

Consider these kinds of headlines:

It would still be factual reporting. It would just go a step further than the driving infraction itself, to the cause of the infraction.

By continually hearing about the true cause of crashes we might finally break through denial and recognize our collective problem.

I recognize that I’m asking a lot. It would be a dramatic shift in collision reporting.

Pretty please? With sugar? We have an opportunity to start 2018 on a strong road safety note.