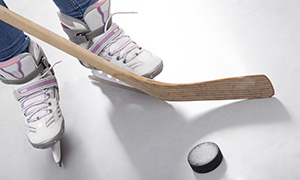 We learned in the news recently about a strict policy issued in an e-mail to coaches of the Toronto Leaside Girls Hockey Association.  The e-mail included this directive regarding physical contact with players: “Putting hands on shoulders, slapping butts, tapping them on the helmet, NOTHING, this can make some of the girls uncomfortable and you won’t know which ones, so no contact, period”.

The directive followed a complaint about what was referred to as “a congratulations doled out by a volunteer parent”, which included slapping the child’s behind.

The policy stirred up controversy in a culture where physical contact between coaches and players is a regular occurrence.

It is a controversy that drew my attention, particularly because I have written about issues that I argue bear an important relationship to this one.

In a previous column, I wrote about consent in the context of adults.  I expressed my unqualified opinion as follows:  “There is no grey area in consent.  You can’t “innocently” engage in a non-consensual act.  There is either a “yes” (unimpaired) or there is no consent.”

I concluded that column with examples of situations where women regularly do, but should not, encounter unsolicited and often unwanted physical touching, such as at a cocktail party where some men will take every opportunity to make some sort of physical contact, whether by way of a greeting or parting embrace or placing the hand in the small of a woman’s back.

Recent news stories about underreported sexual assaults in Canadian universities underscore the much more serious aspect of this issue.

How best do we change our culture of, perhaps, “presumed consent”, so as to achieve a culture where consent is never presumed and always obtained?

Do we not owe this to our children anyway?  Should we not be empowering our children to have firmly established boundaries about uninvited physical contact, particularly from those in positions of authority?

Are we giving our children confusing, mixed messages if we don’t insist that absolutely every adult having care of our children follow the directive issued by the Toronto Leaside Girls Hockey Association?

Is it enough to leave it up to our children to speak up if they are touched in a way that makes them uncomfortable?  We have learned time and time again, through the prevalence of child sexual abuse in our society that this is not enough.

Would such a strict policy result in a loss of the consoling hug from a kindergarten teacher and other elements of “physical touch” that we feel is beneficial to our children?  Yes.  Would that loss be outweighed by the benefits to our children and future generations of establishing and maintaining firm boundaries around consent?  I argue that it would.