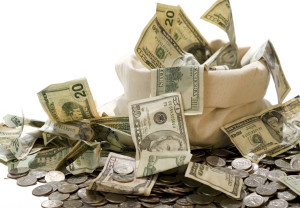 We have a compensation based legal system.  I will explain what that means.

You are sitting at a red light, waiting for it to change to green.  A pick-up truck driver, distracted by something or another smashes full on into the back of your car.  Brakes are not even applied.

By the way, this is a very common type of crash, and is indicative of the horrendously low level of responsibility taken by many drivers in our community.

You are injured.  Your “claim” is for fair compensation for your losses arising from those injuries.

Your losses include the dollars that come out of your pocket to pay for physiotherapy, chiropractic care, massage therapy, and any other medical needs you may have.

Your losses include the dollars that you would have earned, but won’t, because of time you have to miss from work.

Your losses also include financial compensation for the pain and discomfort you suffer as a result of your injuries, as well as the impact those symptoms have on your recreational activities, relationship with your spouse and children, and every other facet of your life.

There is no bonus.  The injuries dig a hole into your life.  Your “claim” is simply to fill that hole.

The insurance company defending that pick-up truck driver is not going to pay anything more than they have to.  Not only that, but their willingness to pay fair compensation won’t come unless you have retained a lawyer and until that lawyer has properly prepared your case.

In fact, sometimes fair compensation is never offered and the case has to be taken to trial.

I think that many people have the perception that those injured in a crash are somehow lucky, because they have a claim.  When you realize that the claim is simply to fill a hole created by the injuries, it becomes apparent that the perception is not reality.

It’s worse than that, though.  The hole never really gets filled.  Nobody actually ends up with fair compensation, even if the insurance company ends up paying it.

It’s those damned lawyers who take up to one-third of the claim in fees.

The best you can do is two-thirds of fair compensation.  The hole gets only two-thirds filled.

You are entitled to “costs” from the insurance company, but those costs usually cover an extremely small portion of your actual legal fees and a reasonably accurate estimate of what you will end up with after the dust settles is approximately two-thirds of the compensation paid.

Can we get rid of the lawyers?

The insurance company could open its wallet and pay fair compensation for your claim without you needing to hire a lawyer, but that’s not going to happen.  The reality is that if you hire a lawyer to prosecute your claim, you can likely count on the case settling for many times the maximum offer the insurance company is prepared to pay you without a lawyer representing you.

Why do personal injury lawyers charge such a high percentage of a claim?  I have covered that in a previous column, dated June 28, 2009, if you care to look at my archives, but I’ll cover it again soon.

The only way to get rid of the lawyers is for drivers to pull their heads out of their asses and drive responsibly.