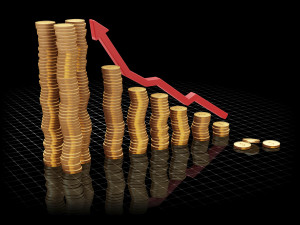 This paper’s editorial last week: “Is it time to end ICBC’s monopoly” has prompted me to wade in with my thoughts on the subject.

An ICBC announcement of a planned rate hike had triggered the editorial.  ICBC’s web site, at http://www.icbc.com/news/jul12-03, included the following justification:

“An economy that is recovering faster than expected has resulted in more traffic, and when combined with a return to normal wet weather has led to an increase in bodily injury claims…”

The editorial concluded with the suggestion that it may be time to see if private insurance companies can provide insurance services at a better value to our drivers.

Generally speaking, I favour free enterprise over public monopolies.  Theoretically, if you break up the monopoly and allow private insurance companies compete for business, the competition should force rates lower.

Have one lemonade stand on a hot day, and you can charge whatever you want for lemonade.  Open another across the street and all of a sudden the prices fall.

I don’t know how well that works in the auto insurance context, though.

Has that competition translated into lower rates?  Not according to last year’s announcement that $778 Million of profits from ICBC’s optional insurance would be transferred to Provincial Government coffers.

ICBC is earning huge profits providing the insurance services that they have no monopoly over, which are open to the market forces of free competition.  The announced rate hike is related to the basic, mandatory insurance, to keep that end of things self-supporting.

ICBC’s announcement included the assertion that “There have been no rate increases for several years”.  While I also have trouble understanding that an increase in the number of insured vehicles due to improved economic times should translate into a need for a rate hike now, I have to hand it to ICBC for past performance of keeping rates stable while acknowledging my complete ignorance in insurance rate complexities.

If we are concerned about rate hikes, and I most certainly am, I would like to turn this debate around on its ear.

Reduce the poor driving habits and we reduce the bodily injury claims.  Reduced bodily injuries will not only eliminate rate hikes, but should cause rates to fall.

Totally aside from insurance rates, fewer injuries mean less tax dollars to fund the incredible toll that crash injuries have on our medical system.

Throw the financial aspect aside and you might recognize that there is a huge societal benefit to feeling safer in our vehicles, and less family suffering from the aftermath of needless crashes.

Better legislation would help as well.  It still kills me that hand-held cell phone use has been banned, allowing cell phone accessory companies to make lots of profits, while the science is that cell phone use while driving is dangerous, period, hands free or not.

Let’s put our focus on the cause of rate hikes, not the rate hikes themselves, and everything will take care of itself.